It’s no surprise that Black people lack in numbers in tech. Because of this, we’re seeing more annual reports, more initiatives allegedly being put in place, but not as much real talk around the experience of someone that is actually Black in tech.

Recently, we connected with Iris Nevins, a Software Engineer at one of the hottest tech startups right now, MailChimp. In an exclusive interview, Iris discussed how she went from being a teacher to working for one of the most sought after startups, and her #1 advice for aspiring techies.

Why I got into tech

I did a bootcamp that helped me get into the tech space, but before that, I was a middle school teacher, and was doing Black Lives Matter work on the side. During my activism work, I realized that a lot of us were not being as effective as we could or wanted to be.

Through some collaborative process building, exploring different technologies, and trying to figure out how to be more effective, it became clear that technology can solve a lot of problems and can make you more efficient. From there, we set out to start using certain technologies to increase our capacity, and get more things done.

However, in the process, I became very frustrated because a lot of the software that I found didn’t meet our specific needs. Either they were too expensive, or didn’t have all of the features that we needed. I realized that these apps were built for big businesses, and not for nonprofits or small grassroots groups.

From there, I decided that I wanted to learn how to build technology. I started doing a lot research which took time but was necessary. I wasn’t very familiar with it, because before then, I wasn’t paying much attention to the tech industry. But after doing a lot of research, I found myself applying to a coding bootcamp, and I ended up moving out to California to do the bootcamp.

Initially, I thought I was just going to do the bootcamp, learn how to code, go back to being a teacher, and code for my organization on the side. But eventually, I realized that one, that would just be too much. Two, to be an effective software engineer, it takes years of training and development, and I wouldn’t have that if I was just coding on my own, in addition to running an org, and working full time as a teacher. And then thirdly, I realized I could make a lot more money than I was making as a teacher and could drastically improve my lifestyle. I decided to just go all in, and do coding full time. I left my job as a teacher, did the boot camp, and then shortly after that, I got my job at Mailchimp.

Mailchimp was my very first tech job. After the bootcamp, I spent about 10 days building apps from scratch on my own, and I worked on a few other small projects to learn more, apply my knowledge, and build out my portfolio. When you apply for a technical role, there is a techincal aspect to the interview, so this was also all helping me prepare for future interviews.

During my job search, I ended up getting two offers – one from Reddit and one from MailChimp, and I chose to go with MailChimp.

Understanding the underrepresentation in tech

When I think about why Black people are underrepresented in tech, the answer becomes really complex. I think there is definitely a pipeline issue, even though people like to act like it’s not, but it is. There are very few Black people in Computer Science programs, compared to the amount of Black people in society. We make up a tiny percentage of people in STEM or technical university programs or training programs, so how are you going to staff your company with technical Black talent, when we’re not out here getting technical skills. I really think that this is a very real issue.

Next, you couple that with the very real issue of discrimination. The Black technical people who do exist, are on two different ends of the spectrum. You have the person who is Black, went to Harvard, studied Computer Science, and has all these connections and networks, so it’s probably going to be very easy for them to get a job. Their race probably isn’t going to harm them in any way – if anything it’s going to help them. And then you have Black technical person on the other side of the spectrum who doesn’t have those networks, and they’re applying to companies that don’t really care about diversity and inclusion. They are more likely to face significant discrimination than the latter.

How I perfect my skills as a programmer

My skill development primarily comes from doing my work at work. In the beginning, I would take tutorials, but it was mainly on PHP so I was learning a new language for my job. As an engineer, you’re constantly having to learn how to do something you’ve never done before, or dealing with a concept that you’re not familiar with. For me, I’m constantly on Google or on YouTube, looking for explanations of how something works.

Also, from my experience, technical conferences are another great way to continue learning. Recently, I went to my first technical conference in Germany on software architecture, which is very different because I’m not an architect, but I was able to learn a lot in regards to big picture software development, and the budgeting and operational aspects of it.

Lastly, I also started a learning club at work, because I wanted to learn more about system engineering, and it’s been great and really helpful so far.

My advice to future techies

Do your research. Do it very thoroughly. Listen to podcasts or read articles that interview people who switched careers and now work in the tech industry. You want to listen to their stories. That’s exactly what I did. I listened to dozens, maybe even hundreds of people who transitioned and broke into tech. From that, I was able to get information and create a plan. The best way to have a plan is to do very thorough research.

To connect with Iris and learn more about her journey into tech, follow her on LinkedIn or visit her website. 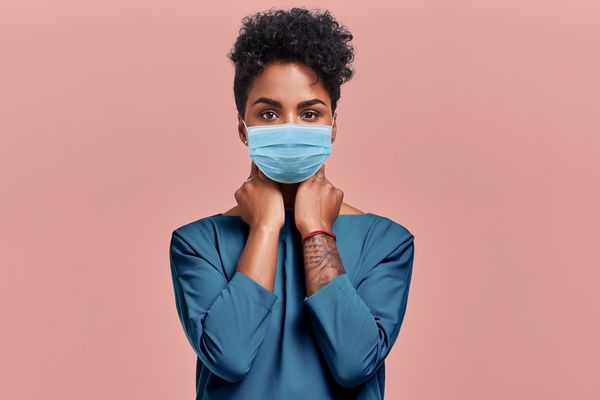 No matter your work environment, coworker's political leanings, or how much social media you consume, re-explaining the universality behind #BlackLivesMatter is exhausting. In fact, coming up with yet another analogy