I remember that day vividly.

I was sitting in front of the television, teetering between giddy angst and incredulous disbelief.

It was January 20, 2009—and I was watching the inauguration of the first Black President of the United States.

Even now when I see the footage, my heart swells, and I'm taken back to the 16-year-old self who was frequently told that she could be anything she wanted to be. Anything was possible.

As a naturally skeptical teenager, I took that statement with a grain of salt. Most people's parents tell them this.

But for the first time, in that moment, I believed it.

Even more powerful for me at the time, was seeing the woman who stood beside him. A woman who shared my hue. A woman with broad shoulders and a bright smile. A woman with a definitive presence—in whom I saw my mom, my grandmother, my aunt.

In whom I saw myself.

These feelings of pride, representation, and overwhelming satisfaction of presumed progress filled me once more as I watched the opening sequences of Michelle Obama's documentary, Becoming.

In the words of one of my best friends, after 2016, America went from 'Oh yes we can' to 'Oh hell nah' in one fell swoop. So, to relive those moments of grandeur, even if only for 90 minutes, was a trip worth taking.

The documentary takes us on her book tour, juxtaposing her various experiences on tour with her celebrity-hosted interviews at sold-out stadiums. While not the in-depth, behind-the-scenes look into her post-presidency life I imagined (if you read her book, you're already familiar with many moments she'll discuss), I was still able to appreciate a few of the nuggets she shared along the way:

The cost of pursuing perfection

Michelle shares how immediately upon entering Air Force One after Trump's inauguration, she sobbed for 30 minutes. She described it as "a release from trying to do everything perfectly for eight years." As a young Black woman often thrust into arenas where I am the 'only,' I know what that pressure feels like. (Now, it's not Black First Lady pressure, but you know what I'm talking about.)

The pressure to perform.

The pressure to dot every 'I' and cross every 'T'.

The pressure of knowing you'll be graded more harshly than your white counterparts.

The pressure of feeling you always have to be one step ahead just to stay in the race.

The pressure of fearing one mistake will cost you the credibility you've worked so hard to build.

Michelle shares as she was ecstatically hitting the campaign trail to support her husband in 2008, she recognized how being herself and speaking impassionately about his candidacy led to her being attacked. Every word, every look, and every aspect of her body language was being dissected and put on major platforms for analysis.

Regardless of the stage, we know what's that's like. I can't even count the number of times I've been addressed by those who did not look like me and told I was 'intimidating' or that they were 'not sure whether I liked them.' So now, on top of the pressure to perform, I have to worry about others being comfortable around me and 'feeling liked'?

As a result, Michelle talks about how she became incredibly scripted. She didn't speak too much from the heart or without teleprompters. She was now calculated—almost a shell of her former self. But, to not deter from her husband's goal, she knew she had to make a sacrifice. Because she, in all her vehement glory, was too much. It opened the door for more scrutiny. It opened the door for more racial jabs and perpetuated stereotypes. It fed the 'angry Black woman' trope.

With what was at stake, she knew they could not afford it.

Not only was she campaigning for one of the biggest jobs in the world, but she was doing so while carrying all of the nuances that being Black brings.

And so, she retreated.

Ultimately, the pursuit of perfection, or even excellence requires sacrifice.

Despite people's delusion that we are in a post-racial era, we are less than 60 years removed from Jim Crow. This means things are not as progressive, as we'd hope them to be. Juxtaposed against images of hurtful articles questioning her husband's legitimacy, racial epithets and media snippets with questionable content, Michelle details the impact of being underestimated at every turn.

But she was no stranger to this. She mentions experiences in which she was constantly undermined. She details condescending remarks and actions from advisors, counselors, and colleagues.

She talks about her grandfather and how he was consistently underestimated and undervalued in his lifetime. How he sacrificed his dreams to ensure his children could have a better future. And how his children would do the same. With that level of sacrifice, a hefty price of expectation is attached.

No longer are your accomplishments for or about you. While you may be the face and the name others recognize, you silently carry the hopes and dreams of those who had the heart but were denied the opportunity. Those who endured and fought for a better future. While things are nowhere near where they could be, they are further along than many of our elders were able to see.

I was touched in one scene, as Michelle sat in a pew at a church amongst a handful of older Black women. Each expressed sentiments of pride and gratefulness for the way she carried herself while in the White House. In an emotional turn, Michelle explains that in everything she did, she was looking to make them...and us, proud. She knew it wasn't about her anymore, and that it never will be. She knew the long-term impact her actions and voice would have. That's why she couldn't do or say what she really wanted to at various points throughout her husband's presidency.

Words have weight. Actions have consequences. And at that level, the weight and consequences would disproportionately affect those who look like her. She and Barack knew they could not afford to go anywhere but high. In the eyes of many, they shouldn't even be there, but with every opportunity, they both reaffirmed why they should.

Michelle even goes as far as  to discuss affirmative action and how another layer exists. Affirmative action is widely known as policies instituted by the government to help level the playing field for those historically disadvantaged. This is usually in the realm of race, color, religion, sex, or national origin.

Interestingly enough, while most white Americans fervidly oppose the policy, very few of them will ever be affected by it. In an article by the Washington Post, it features a study that shows how of the approximately 2,000 four-year not-for-profit colleges in the United States, only 352 consider race in admissions (about 18 percent).

While Black people's successes are often (falsely) attributed to this, it's not discussed how many other people would have not been in certain positions or accepted to certain institutions had they not been legacy or called Daddy's friend who sits on the board.

And despite receiving those advantages for certain types of people, no one will attribute their promotion or acceptance as a result of nepotism or inside support. It's automatically assumed that they earned it.

No matter how you spin it, being provided with an opportunity or admission with no regard for credentials, because you have a connection or are providing a service (see: college athlete) is essentially, the same thing.

Why is it only when Black people or other marginalized communities are provided a benefit that is looked down upon?

Why are we not able to simply meet (and most of the time, exceed) a standard?

Why must our greatness be diluted or attributed to anything other than just being damn great?

While we all know the answer, it doesn't make it any easier to digest.

I will admit, I found myself a bit disappointed when I didn't get the 'no holds barred' version of her time in the White House. I wanted the raw, uncut details about what she experienced. I wanted her to hold feet to the fire. But as I sensibly reflect, I realize this is something she can't ever do. The delicate sprinkles of shade and the allusions to what we are currently dealing with were there, and perhaps, that has to be enough.

"Going high" isn't a mindset; it's truly a lifestyle. One that her status and the distorted rules of the game will force her to live. However, even now, her story and commitment to representing us well resonates with me and fills me with a semblance of hope.

And while I am far removed from the 16-year-old girl who sat wide-eyed and teary in front of the TV, the inspiration I felt on that very surreal day in January remains.

You can watch Michelle Obama's documentary, Becoming, on Netflix. 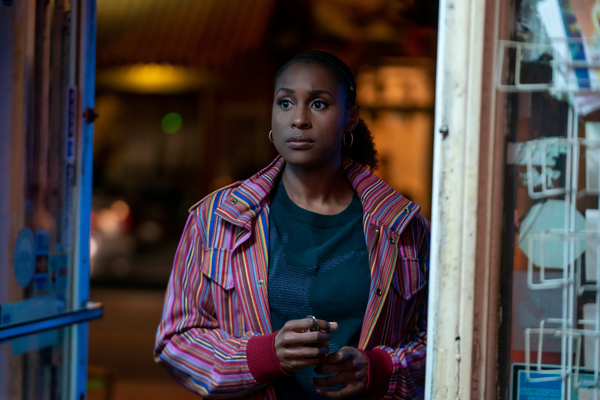 Last night was Issa's time—her time to shine. We got 26 minutes to follow Issa through her self-care Sunday routine. And if you didn't catch all the subliminals that 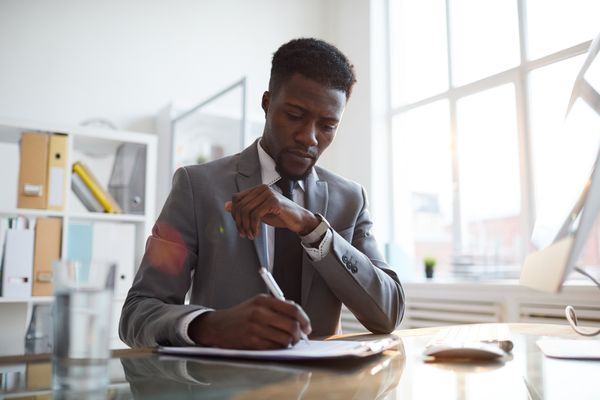 You’ve put in the work, and now you are responsible for leading a team. Regardless of the industry, the key performance indicators (KPIs), the mission, or the job