Currently, over 70% of mothers with children under 18 are apart of the U.S. labor force, and almost 47 percent of U.S. workers are women.

Despite this, many working moms lack access to basic workplace supports – including substantial, paid family leave, child care assistance, and flexible workplace benefits. For this reason and more, it can be challenging to be a working parent, especially when you’re a mom.

Because of this, many companies and advocates are spreading awareness about workplace inclusivity for working moms.

Known as the global voice for working moms, Christine Michel Carter is a millennial mom influencer that unapologetically works to improve the working lives of moms. Through her work, Christine clarifies misconceptions about working mom consumers for brands and serves as an amplifier of their personal truths. From delivering consumer insights and brand marketing content to helping HR and diversity teams attract and retain these hardworking professionals, Christine also works with advertising agencies, research firms and companies to ensure they’re at the forefront of the minds of female consumers.

When she’s not helping companies build inclusive workplaces for moms, Christine is a writer, the author of a children’s book called Can Mommy Go to Work?, and the author of a novel created just for moms called Mom AF. Outside of that, she’s a speaker, and a mother of two.

Recently, we got the opportunity to speak with Christine and discussed how she is helping companies build inclusive workspaces for mothers, tips for expecting mothers in the workplace, and advice for mompreneurs.

What experiences led you to work on being an advocate for working mothers?

When I first became a mom and returned to the workforce after my maternity leave, I had to pump in a community bathroom stall.

The stall was in a shared bathroom that was shared like a shared workspace like in a shared building. It wasn’t just like I was pumping with other female coworkers. I had none at the time. I was just pumping with strangers I didn’t know in a cold bathroom. I felt like no mother should have to do that. I made it a point to start researching my rights and getting on some community boards. From there I found that a lot of women were just like me; they started becoming advocates and speaking up for themselves in the workplace only after becoming a mother. I wanted mothers everywhere to have policies and procedures in place so that when they decided to make that decision of becoming a mother, they didn’t have to be the mother who was doing so reactively. That’s when I became an advocate.

What advice do you have for organizations on supporting working mothers in the workplace?

I would invite them to think about the offerings that they are providing from a benefits perspective. It could be something as small as having an adequate mother’s room, or it can be something as involved as having a lactation pod on-site or changing their maternity leave or offering a paternity leave for dads. There’s a lot that organizations can do.

I think as organizations are trying to attract and retain millennial talent, it’s time for them to stop thinking about diversity from just a race or ethnicity perspective, but from a parental point too.

What mistakes do you see new mothers making when trying to attain equality in the workplace?

I see mothers spending way too much time trying to fit in. And being a mother is very similar to being black in the workplace if you’re the minority, especially if you’re a millennial parent.

I would encourage new mothers to use their diversity to spur growth in the company. I believe that you should always make it a point to vocalize what makes you diverse and what makes you unique because it’s bringing a diversity of thought to the conversation and the workplace.

What do you think is left out of the conversation about supporting working mothers?

Job sharing is a concept that’s becoming more and more popular, but it’s not happening enough. This concept is an excellent way for moms to get a different skillset within the company, and to be able to grow. Job sharing is pretty popular in the tech industry right now, but we need more industries on board.

What advice do you have for working mothers who are entrepreneurs and are trying to balance everything?

My advice for them is to remember that they aren’t alone.

We live in a society that really isn’t built for women, or for black professionals to succeed. Despite this, I encourage them to network with one another. I encourage them not to feel guilty about furthering themselves, having to spend a little bit of time away from the kids, or working late and having somebody watch their kids. I want moms to remember that they are doing it with good reason to benefit their kids’ futures. I believe that sometimes, as mothers and mompreneurs, we tend to get caught in the present moment thinking and feeling guilty about leaving our kids. We feel guilty about some of the sacrifices that we’re making, but more than likely, they pay off in the long run.

How should new and expectant mothers prepare their careers for this change in their lives?

I would encourage them to become their own advocates and start to research different practices or different policies that new mothers should be aware of. For example, I didn’t know about the Fair Labor Standards Act (FLSA) before I became a mother.

Also, I feel like the previous generation of mothers was a lot better about building a community offline. Computers didn’t exist and having the ability to just speak openly and candidly with their girlfriends was and still is invaluable. For some reason, we don’t do that as millennial and Gen Z mothers. Because of this, I would encourage those women to find the tribe of mothers that fits them. No mother is the same, but the beauty about a tribe is that you can have those conversations that’ll help you grow.

Another thing from an emotional perspective is that I would have them invest in therapists so that they have somebody professionally to talk to as well, not just the community that they’re trying to build. Because it is overwhelming being a working mom, and I think women neglect their emotional health. As motherhood continues, I encourage women to invest in their emotional and mental health – the sooner, the better.

Lastly, I encourage moms to think about what their side hustle could be. I’m not necessarily saying that they must have one, but it’s quite interesting that when mothers return to the workforce, their previous job doesn’t always give them a sense of purpose and passion that it once did. I think moms should think about what drives them and what gives them purpose and what gives them passion. For example, I always put writing on the back burner. After I became a mother again, and being an advocate for moms, I started writing a lot more about mothers in the workplace and maternal mental health. This is what eventually led to me writing Mom AF and Can Mommy Go To Work?. 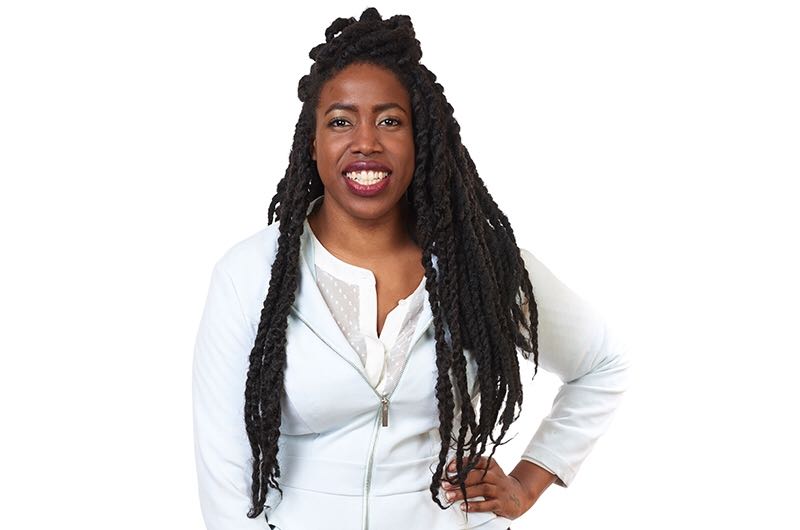 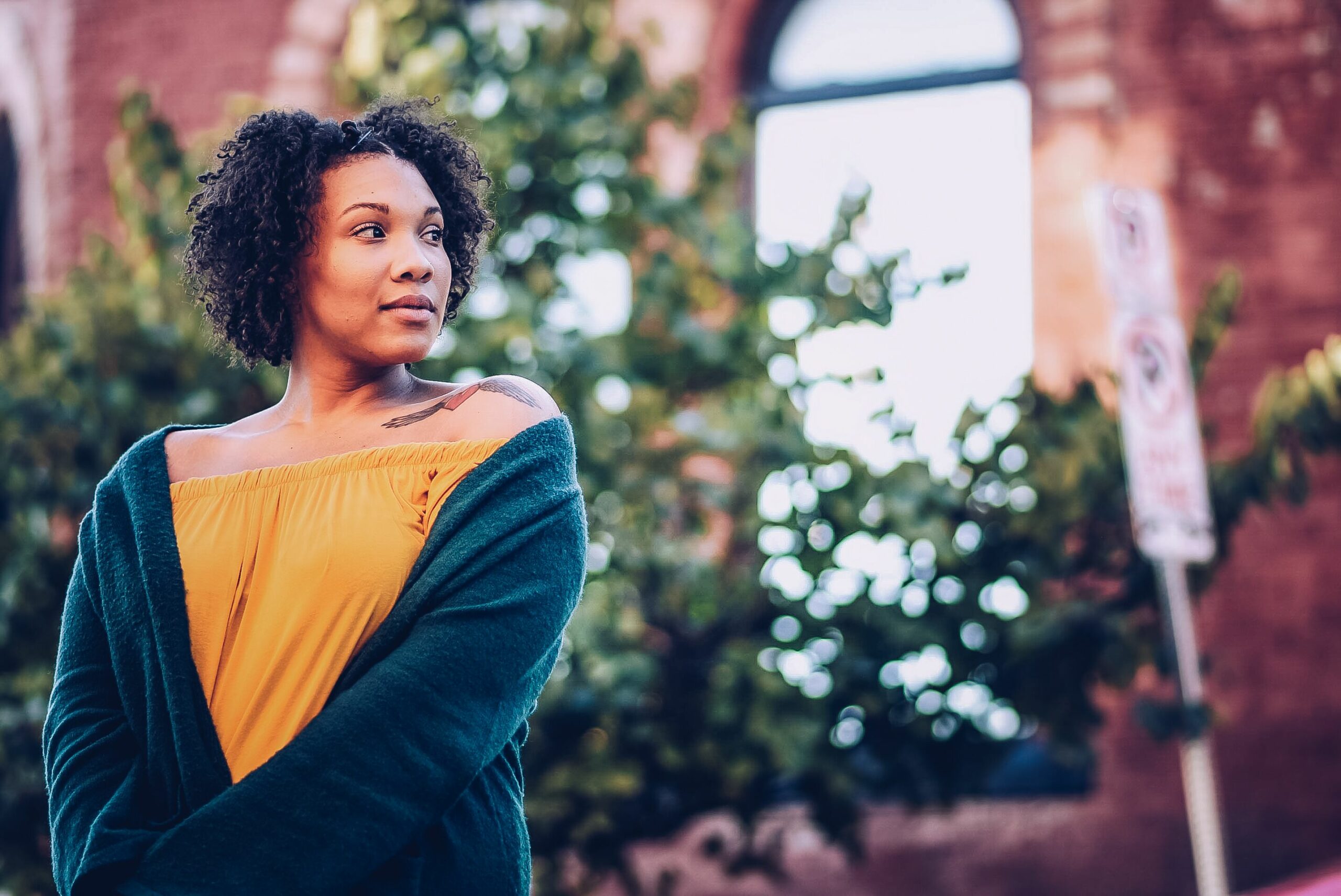