For the past decade, sites like Craigslist, eBay, and Facebook Marketplace have been a popular option for buying and selling items. However, for many people, the convenience of it sometimes end in crime.

Recently, a Denver man was bear maced and his car was stolen after he posted it for sale on Craigslist.

In another reported incident, a man was selling an Xbox when the “buyer” shot and killed him.

As you can see, buying and selling online has increased, but so have the crimes.

In 2017, after seeing his friend suffer from an online marketplace crime, Nick Turner decided to launch a company to eliminate the risks associated with buying and selling on online consumer-to-consumer marketplaces.

His company DeliverEnd (originally launched as ShipperTech) removes the in-person meetups and replaces it with an in-app live video chat. DeliverEnd handles the financial payments within their app and holds the funds in escrow to keep money safe and secure. DeliverEnd also has pre-screened drivers that will pick up and deliver the items, all while masking the buyer and the seller’s location so that information is secure from strangers.

Since launching in 2017, DeliverEnd has made over 2,000 deliveries, has launched their beta, and is currently raising capital. Nick’s success with DeliverEnd is quite remarkable, but his career journey leading up to it has definitely played a huge role.

Prior to launching DeliverEnd, Nick studied at Indiana University Bloomington, and was a dual sports athlete (he competed in football and track and field for the Hoosiers). Before graduating, he founded several companies, including Shobe Cases (an innovative smartphone case), MySheldon (a job postings marketplace), and The Unbounded Group (an entrepreneurial community for startup and experienced entrepreneurs). Nick also assisted two of his friends in starting up their logistics company while working in sales.

Recently, we were able to catch up with Nick and learned about his entrepreneurship journey, and his advice for other founders.

Mogul Millennial: What was your first job, and how did it influence you to be the business person that you are today?

Nick: My first job was cutting grass, and I used to help my cousins remodel homes. I learned how to do electric, plumbing, drywall repair, painting, and how to put in floors – I literally learned everything.

I did this in middle school and high school and it taught me attention to detail because as you know if you mess up drywall, you have to tear down the whole thing and redo it.

It also taught me how to go the extra mile and how to not be afraid to go out and experience new things. Doing this work, I was constantly learning and trying different things every day.

Mogul Millennial: What was the inspiration behind your startup DeliverEnd?

Nick: I decided to launch DeliverEnd because one of my best friends was actually robbed in broad daylight at gunpoint at a gas station selling an iPhone through an online marketplace. It’s really ridiculous how many crimes that are generated from marketplaces right now, and how many people try to scam you.

Someone actually tried to scam me recently. I was trying to get a product and I decided to go through my own company to verify it and everything. I later found out that the item didn’t actually belong to the person and they were just taking screenshots of the item on a previous page and reposting it to sale. I remember when I sent them the beta link for DeliverEnd so I could get the item, and they were like, “What, you can actually do this now?!”

Overall, the experience with my friend inspired me to create DeliverEnd so that buyers and sellers can have more protection. I don’t want people being scammed and wasting time guessing if what they are trying to buy online through a marketplace is real or not.

What we’re doing with DeliverEnd is making it safe for the buyer and seller. With DeliverEnd, everything is generated through your username on the app, and you don’t have to meet up with anyone to get your purchase. DeliverEnd does all of that. All of our drivers go through a background check so that we know all the ins and outs of the people that are doing the work.

Mogul Millennial: How is your beta going since you’ve launched it?

Nick: We’re at the point of having controlled chaos. We’ve only rolled the beta out to a few users and are gradually rolling it out to more people. We are looking forward to the official launch, but right now, this works.

We knew we didn’t want to launch and make every single piece of the app available to everyone. By releasing it the way we have, we can ensure the core functionality is there, and whenever we get feedback from our users, fixing it is really strategic. Once we get all the feedback we feel we need, we’ll officially launch it to everyone.

Mogul Millennial: Can you share more about your journey to launch?

Nick: After I had the idea, I got some good feedback from people and then I randomly posted on Facebook that I could help people pick up or deliver their items. From there, people started hitting me up and I started getting customers.

This made me think, how can I streamline this? How can I make this process easier?

I then started doing more research and eventually brought on my CTO. A little after that, we were hitting close to 500 deliveries and that’s when I knew we were on to something. At that time, I had over 20 drivers, well really they were friends who helped me out, but we were growing and making money.

A little after that, we started having big companies reach out to us for deliveries, and then we had an article written on us by one company that actually ended up trying to be a partner.

The company flew us out and asked us how fast we could finish building the company and the tech so that they could partner with us.

But then they turned around and said that first, we needed to raise money, get the tech done, scale up to a few markets to prove we’re scalable, and then we could sit back down and go over the partnership.

Even people that I know that have started and exited multiple companies have all raised money and they all hated the process. Sometimes it just takes a while for you to get that credibility to where it’s easier and people just want to be apart of what you’re doing because they’ve seen your success. But if you haven’t made an exit, and you haven’t raised money before, it is hard.

Whenever you start raising money, I’ve learned that you really have to love what you do and be passionate because the process is hard.

Mogul Millennial: How much did you launch DeliverEnd with?

Nick: Whenever I first started the company, I literally had less than $200 bucks in my account – everything else was invested in my other companies.

I knew it would be hard to start the company, but I started the business by literally personally doing deliveries that I would get from posting on Facebook. I kept the money I was making in my PayPal account and kept reinvesting back into the business.

Mogul Millennial: What money advice would you give to entrepreneurs?

Nick: I would say to first look at your life and determine your priorities. Look at your budget, and see what your current monthly spend is.

Also, if you’re not already, become really disciplined on how you spend money. You’ll soon realize that the money you’re spending, you’ll need it for your business. 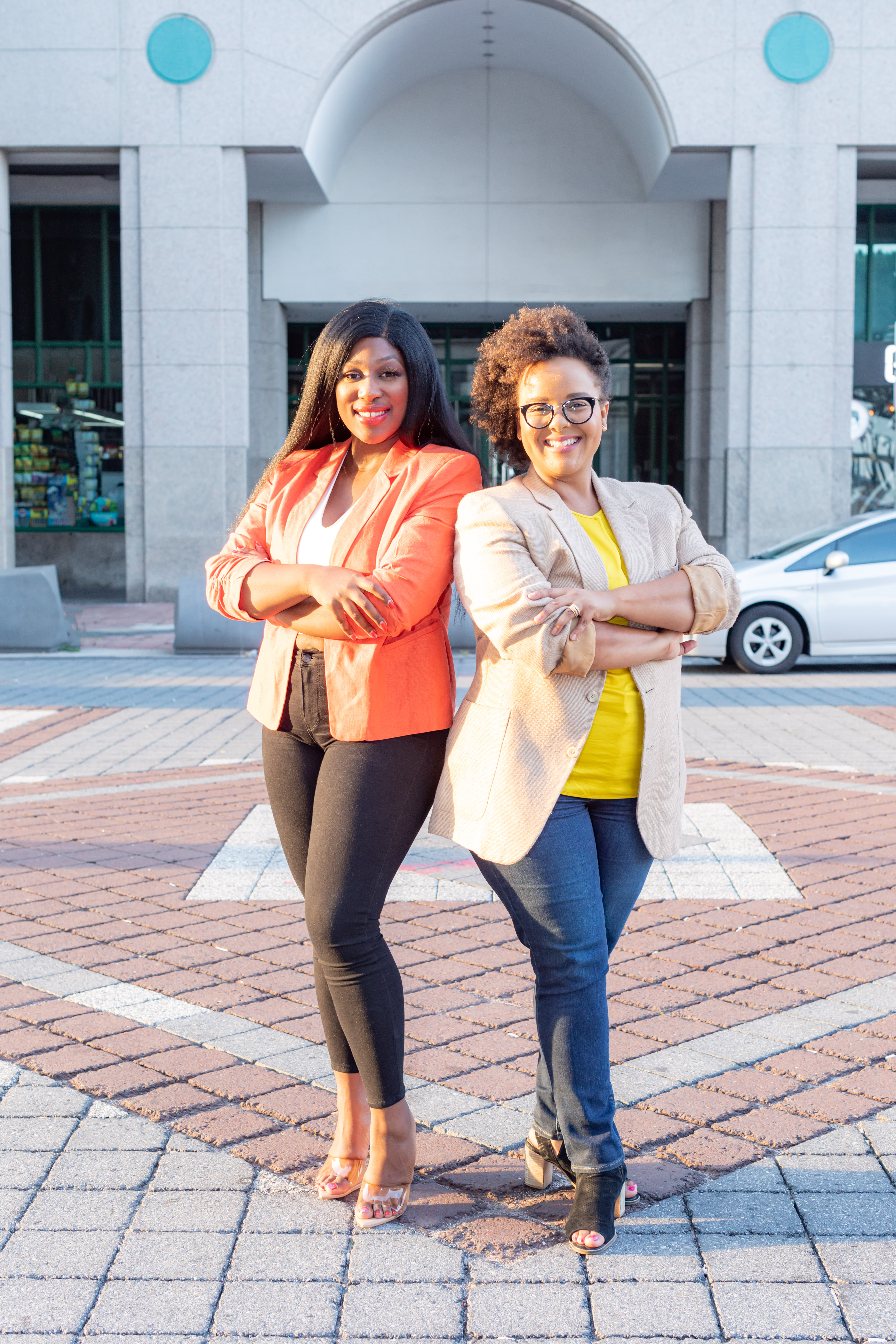 With the state of the political climate we are currently living in, diversity and inclusion have been a major topic, and to some a passing trend. Race, diversity, and inclusion 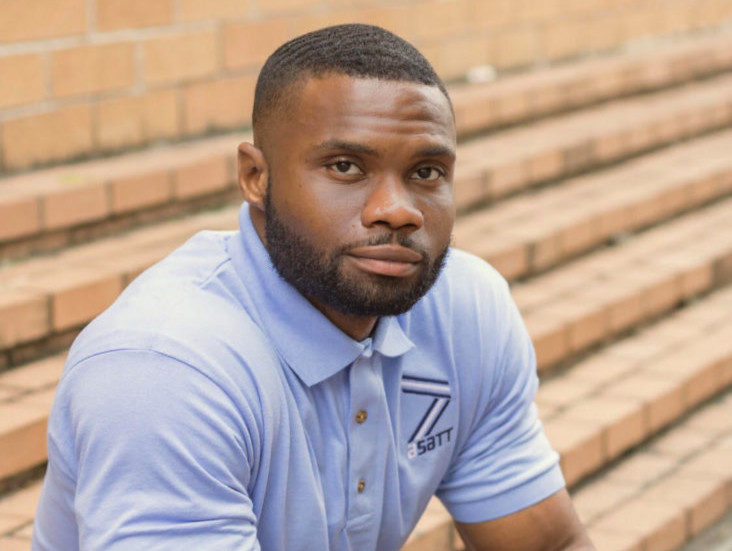 Did you know that currently, only 7% of the tech workforce is Black and just 1% percent are venture-backed founders? Statistically, this places black technologists as the most underrepresented race