Too often in interviews, entrepreneurs fail to give “the real” as it comes down to entrepreneurship. Instead, some of them will give rehearsed, automated answers to every question asked.

Kela Ivonye is the exception.

I spoke with Kela via phone during my lunch break and I knew within the first few minutes of our conversation that this University of Louisville grad would fill my ears with inspiration and true nuggets of wisdom.

Kela later decided to shut down Arrow because while it was bringing in revenue, it wasn’t getting the traction he desired in order for it to scale and grow in other areas.

While he was running Arrow, Kela encountered several package delivery problems that inspired him to create Mailhaven. Mailhaven is a smart mailbox that tracks and protects your packages. In addition, the MailHaven app allows people to manage their online purchases and track shipments – all in one place.

Since founding Mailhaven, Kela has won a competition and received for 25k in funding. His company also won a grant for 75k from the state of Kentucky. Later in 2017, Mailhaven got accepted into 500 Startups, an early-stage venture fund and seed accelerator in California. Most recently, Mailhaven was acquired by Luxer One and Kela serves there as the Director of Residential Solutions.

During our conversation, Kela shared how one opportunity helped him grow Mailhaven, what being in an accelerator was like, his advice on pitching to investors, and a few other startup gems for entrepreneurs.

Here are my 10 takeaways from our talk:

1. Value your network even when it doesn’t reap immediate benefits

After the idea of Mailhaven came to mind, Kela got the opportunity to be an Entrepreneur in Residence at a company that tried to recruit him before. He was able to get this opportunity through his network that he had obtained over the years from college. One thing that Kela made clear to me was that having a valuable network of friends and associates, and building on those relationships will take you far. You never know who you may meet that can bring value to your life either now or in the future. One person in his network that he became friends with was the CEO of the company that he later became an Entrepreneur in Residence at. While he was getting to know this person, he would volunteer at his events and would make himself useful. Originally this CEO tried to recruit Kela to work for him, but even after he turned down the offer, the company knew he was laser-focused on building his own business so they invited him to be an Entrepreneur in Residence.

Being in Entrepreneur in Residence allowed him to go into their company and use the resources there. It gave Mailhaven a really good foundation to grow from, and it helped him connect with more people (and eventually his first investor).

2. Don’t be afraid to ask for what you want

As Kela told me, being a founder of a hardware startup was very hard, especially as a minority founder. Since it was difficult, he had to be scrappy and creative when looking for funding. In order to build the first prototype for Mailhaven, Kela and his team started asking people for money and was introduced to one manufacturing company that agreed to give them 25k in credit to build it. After they got the first round of money in credit from that company, it gave Kela validation that they should never be too shy to ask for what they want.

3. Entrepreneurs should consider applying for accelerators

A little after he founded Mailhaven, Kela got into one of the most sought after accelerators – 500 Startups. During our convo Kela excitedly told me that being in 500 Startups was a phenomenal experience and felt like family. Over the course of the accelerator, he learned valuable lessons on scaling Mailhaven, and made new friends that had the same drive and ambition that he had.

Also, being in 500 Startups gave him access to the best of the best in the world of entrepreneurship. He met people that had been in his entrepreneurial shoes, and that had already obtained the level of success he dreamt of having one day. Lastly, being apart of 500 Startups opened up tons of doors. Accelerators like 500 are not easy to get into. They get thousands and thousands of applications, and only accept a small fraction of those companies into their accelerator. For Kela, being able to say that they got into an accelerator like 500 Startups gives him a competitive edge and credibility, and makes him look very marketable.

4. Your business doesn’t have to make a lot of money for you to get into an accelerator

If you apply and don’t get into the accelerator, just apply again when your business is structured better. Kela shared that he knows people that have gotten into accelerators after applying more than once.

5. There are three major traits that entrepreneurs should have when pitching to investors

Having passion is one of the most important qualities to have as an entrepreneur. How can you get someone else excited about your company when you are not excited and lack passion? Kela shared with me, “I think having passion is more important than having expertise at the start of your business. As long as you are passionate, you will put in the work and learn as much as you can in order to become an expert and grow your business.”

The next trait you should have is originality. Don’t solely start a business because you see someone doing something and you think you can do it better. Start your business because you have identified a problem you want to solve. As Kela told me, “When you have the originality and have identified the problem you want to solve, it will impressively show in your pitch. Having an original intent on why you started your business will only make your story sound better and will give credibility to your business.”

Last but not least, you should be teachable. Kela noted, “Investors want to invest in people that want to learn and that are open-minded. No matter how much of an expert you think you are in your business, and how much money you have made, always be teachable”

6. Do the hard work even when it doesn’t make sense in the beginning

Kela shared with me that entrepreneurs should do things that may not necessarily scale in the beginning. Don’t have the mindset that you need to wait to do things in your business when you have more customers or more money so that you can pay someone else to do it. Always work hard, and do the most in your business.

As Kela told me, “If you don’t know how to code, don’t spend a ton of money on someone to build your app or website. Essentially, you need it to just look decent and work. As long as you can have people using it and have the passion for your business, then you can go find an investor that can help you get money to build your site or app.”

8. You can pay in equity if you are limited on funds

While you are trying to build your team, if you don’t have the funds to pay someone a salary, pay them in equity (and show them your passion)! Kela told me, “A person who you think would never want to work for you will do it if he or she believes in you and your business. People want to work for people that are passionate about what they do and what they want to achieve. If you are passionate about your business, people are going to want to help you make your passion go from an idea to a profitable, sustainable business.”

9. Don’t be overly secretive with investors

“One mistake that I see entrepreneurs make is asking investors to sign an NDA (non-disclosure agreement),” Kela told me. Don’t be afraid to talk about your idea. This will make it easier to communicate with investors and pitch them your business.

10. You will not know everything in your business

Never think you know everything. Kela told me, “Talk to your customers, learn from them, and take what they tell you into consideration. Your customers opinions should be taken with value and should be looked into.” The biggest mistake entrepreneurs make is thinking that they are experts in their business and that they know exactly what the customer wants. While this may be true, the customer also knows what they want and if you listen closely, they will tell you. 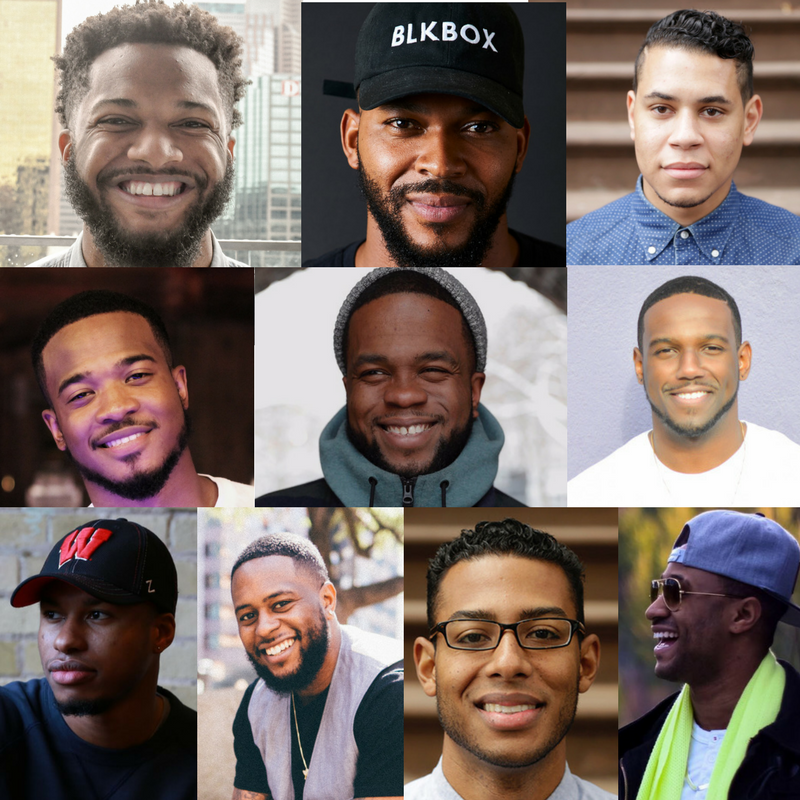 Can I be honest? Mornings used to be my worst enemy. In the past, I struggled with being distracted by social media, sleeping past my alarm, and morning convos with 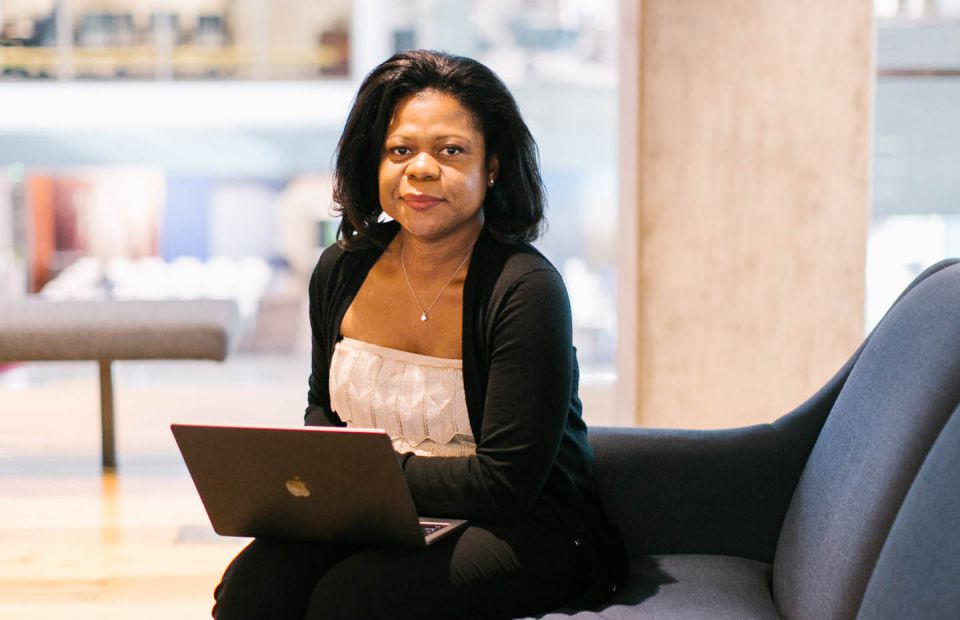 THIS ARTICLE ORIGINALLY APPEARED ON CAREER CONTESSA. IT IS REPUBLISHED WITH PERMISSION. Merline Saintil is currently the head of operations for product & technology at Intuit—but