When COVID-19 hit, Clubhouse became one of the most popular apps, and people thought its popularity would fade away.

Whether you still rock with Clubhouse or not, the reality is the social audio space is growing faster than ever. Even if you're not currently on Clubhouse, you probably use another kind of social audio app. Outside of Clubhouse, Twitter Spaces and Discord is popping like crazy, and LinkedIn has released its own beta for social audio called Audio Events. In addition, 7th Ave, a Black-owned social audio startup recently raised money from VCs, and VoiceBlasts, another social audio app and community for founders just launched in the app stores too.

As you can see, social audio isn't going anywhere.

Whether you're looking to grow your own personal brand or a startup, using audio and engaging in different social audio spaces can help you level up and attract opportunities.

Abraxas, a northwest London native, started his career banking in London before moving to New York to work on Wall Street - but he hated it.

Like legit, he knew just months into the job that it wasn’t for him. However, when you're in a job where the money is good and the benefits are good, leaving isn’t as easy as it sounds.

"They pay you enough to forget all of your dreams and forget everything you've ever aspired to be. Then you end up working towards somebody else's goal," Abraxas said.

For some people, this is okay. It’s just the way life works - right?

For others, they can’t stomach it.

They can’t get past the idea of giving up their own dreams to build someone else’s. They may conform and adapt to this way of life for a little while - maybe a few months, maybe even a few years. But eventually, these same people make the decision to live out their own dreams.

After working on Wall Street for years, he quit and moved to LA for a fresh start.

For Abraxas, that fresh start began at a very small tech startup, but that didn’t last long. The startup was in its earliest days, and couldn’t get past the common struggles that many new startups face.

Nonetheless, working at this startup even within that short period of time taught him many things and did a lot for his spirit. For example, he was able to build up the confidence that somehow got stripped away from him while working on Wall Street.

"Working at big firms, you're being managed by people and for some of them, their only interest is to make you wear their uniform and conform to their standards. But for me, my frame alone doesn't allow me to sit in these places comfortably, let alone the color of my skin, let alone my hair, let alone the way I speak," Abraxas said.

After Abraxas left his old job in finance, and his job at the tech startup ended, he moved back to the UK. Before he moved back, he met an artist that was super talented. This artist could rap, sing, and could just do all the things. Not too long after being back in the UK, that same artist reached out to Abraxas about a new project he was working on and asked him to join.

A few months after Abraxas worked for the artist, the artist got signed. This was a pivotal moment for Abraxas. While working for the artist, he put everything he learned about strategy and business from Wall Street and it worked in their favor.

After working with the artist, Clubhouse launched and he started using it.

Initially, when he joined Clubhouse, he wasn’t really feeling it.

Pretty quickly, he stopped using it, but then jumped back on about a week later. Within a few days of rejoining, he joined a room where conversations around food were being held. Abraxas started sharing his food experiences and talked about food like oxtails and pig feet. His friend, who is Korean, was also talking about those same types of foods. From there, Abraxas and his Korean friend started having conversations around food, and their own cultural experiences, among other things. This conversation resonated with many people who were on Clubhouse. Shortly after their convo ended, Abraxas looked up and had gained thousands of followers.

This experience lit a bulb in Abraxas’ mind.

He then realized that to grow a Clubhouse following, or really any type of social following, it wasn’t dependent on having controversial tweets, bullshit captions, or pretty pictures with filters. It was literally based on having real conversations, being authentic, and sparking new ideas.

From that experience, Abraxas started making clubs on Clubhouse, and his following continued to grow. In his earliest days of using Clubhouse, he wasn’t making money, but eventually, by being consistent on the app and staying true to his voice, companies started to peep game.

The first company that Abraxas worked with was SXSW. From there, he also got a chance to work with other top brands like Ted Baker, Adobe, and Amazon Prime.

Since then, Abraxas' following has continued to grow, and he's advised several content creators and startups around leveraging social audio. There are many new startups launching left to right that are trying to be the next Clubhouse or Discord, but too often, the founders behind the startups forget about the most important thing - their audience.

"It doesn’t matter how slick your app is or how cool it is, it’s really about your audience. If you’re building a platform, you have to concentrate on the audience and be consistent. You have to get it right from the jump," Abraxas advised.

The same goes for content creators. Being authentic and consistent will be your key to success.

"I cannot explain how important authenticity is. In social audio, authenticity wins every time. When you're fake or lying, people can just tell. So when you go onto these platforms whether it’s Clubhouse or Twitter Spaces, be authentic. Be yourself. Figure out what parts of your story you want to share, and what you rather not share. Double down on what your audience wants and double down on your community. In the beginning, you may just have one or two people following you, but eventually, your following will grow. When it does, how are you going to support your community? How are you going to support this growth?" Abraxas shared. "Lastly, have fun with it. If you like to do TMZ type of rooms, do it. If you want to talk about spirituality, do it. There is absolutely a lane for everybody."

Hold up! Let's run that line back for the people in the back.

There is absolutely a lane for everybody.

In the startup ecosystem and content creator world, there is space for everybody.

There is enough for everybody to eat.

Remember that gem when you're trying to grow your business or your brand. Just like Abraxas, you can create your own lane in any space you want - you just have to be authentic and consistent. 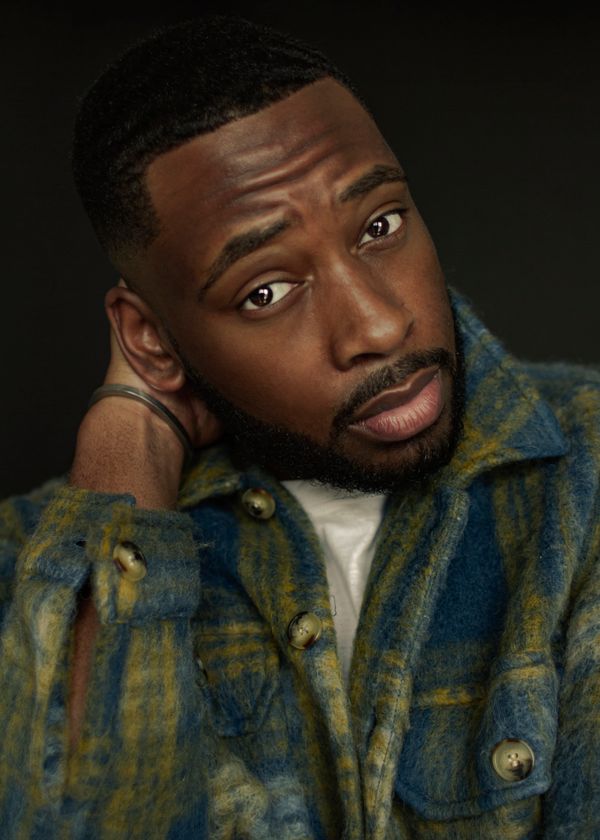 "I'm not a businessman, I'm a business, man." This is one of the most legendary lines from Jay-Z, and it perfectly describes Brandon Smithwrick, Senior Content Strategist at Squarespace. Brandon

Most people would say that Jabari Lateef isn't your typical guy working in tech. However, it's time we change that narrative because Jabari is a great example of what the