Like many people, we sometimes position our lives and make choices based on what’s popular, or what the world, the media, or pop culture says we should do. Instead of listening to our own hearts, we let other things and people lead our way.

However, sometimes the universe will get in your way of you trying to live your life based on the approval or decisions of others, and guess what happens – things tend to not work out, or at least not like you imagined.

This is the story of W.E. Da’Cruz.

W.E. Da’Cruz is an economic strategist in global entrepreneurship. Known as The Digital Diplomat, she co-founded the Virtual Global Consultant (VGC) Group in 2016, which designs and develops eCommerce systems that help generate revenue online for companies, and customizes digital platforms and software that make shipping and collecting payment easier for businesses in emerging markets.

Before she was helping generate millions of dollars a year in at-will donations and business sales for her clients, W.E. experienced setbacks and heartache while trying to enter the workforce.

W.E. never imagined that she would be the leader of a game-changing, company that has grossed a million dollars in gross sales since inception. But, because of a few unexpected twists and turns in her life, she’s emerged as a Mogul Millennial and is one of the most prominent Black females in her lane.

Outside of VGC, W.E. sits on the board of the United Nations Associations Greater Detroit Chapter and is a member of Delta Sigma Theta Sorority Incorporated.

Recently, we were able to chat with the W.E. and she shared more about her journey into entrepreneurship, and one of her main strategies in building her brand and growing her company.

What experiences led you to create the VGC Group?

It blew my mind.

I didn’t understand how I could all of a sudden now be a statistic when I had gone to school and did everything my parents said, but now I needed to use WIC checks.

At 24, I had a BA in English, and the two masters in Diplomacy, international relations, all from Seton Hall University. I had also been on a lot of diplomatic missions in Ethiopia, Ghana, and so forth. Unfortunately, after graduating, even with all my achievements, my accolades, all of my degrees on full scholarships, I still couldn’t find a job.

No one would hire me.

It was the weirdest thing. I feel like it was destiny.

At the same time, I had just gotten married and had given birth to a newborn. Unlike my classmates, I couldn’t keep taking internships; I had mouths to feed, a family to build.

I never in a million years thought that I would be in that seat. But I needed to kind of go through that humility because I needed to get convicted. It was that dichotomy that God made me realize the trap of poverty is not a requirement for life. And ultimately, that’s how I got started.

I could not get a job. I’ve never been hired. I never had a corporate job. No one ever hired me. Like, I don’t understand what it means to get a job. So I decided that if they will not hire me, I will hire myself, and that’s how I got started.

Around that time, my now business partner was working for her father’s ministry in the technology department and she needed an assistant. So, my husband suggested me to her. Next, I started virtually consulting with her, and it was through that relationship that we started an eCommerce company together MarketAmericashop.com. At the time, we were both in a place where we were married, we had children, and we just wanted more. We started using eCommerce to raise donations online for ministries and churches, and around that time technology emerging. Still, no one was doing it for churches and ministries. We knew how to build eCommerce sites, run campaigns online, and were raising hundreds and thousands of dollars online for pastors, ministers, and churches.

It was our work with ministries and churches that we realized if we can raise this pastor this much money online, we can do this for a lot of a lot more ministers. At the same time, I always had this very specific goal to impact economic development in Africa, so I told myself, the same technology and techniques that we’re doing for churches, why don’t we do it for African based businesses. We then took on a Shea butter company out of Ghana. We raised over 15,000 a month on average, and one month she did 40,000 in a week in sales. From there, we realized that we had a market, a niche market that people were not focusing on.

Nobody understands the landscape of Africa, and no one was talking about helping African based businesses; everyone around that was working with e-commerce and selling products.  We decided, let’s be producers of this technology, and use it to help people in markets that no one is focusing on. No one is focused on churches and ministries because they think they don’t have money.

Still, I had a vested interest in Africa, economic development, and I realized that eCommerce could help African companies sell their products around the world.

How did you identify the structure of your passion to capture wealth?

It was my casual use of eCommerce and mentorship by my now business partner Naomi Cook about how eCommerce is used to generate donations and sales online that I realized this very truth of life:

The trap of poverty is not a requirement for life.

I found myself as another static adding to poverty, and I was committed not to stay there. When I looked at my life and reflected on the lives of my family members back home in Ghana, West Africa, and across the continent, my passion became crystal clear, and so did my message: The trap of poverty is not a requirement for life.

I identified eCommerce as my structure because it was my eCommerce business that generated money when I was on government support. It was eCommerce that broke me free from that trap because I was able to provide a service and capture revenue from it. Now, I teach and use eCommerce to free others.

eCommerce drives economic development. My role at the VGC Group is to build the vehicle and put as many entrepreneurs in the driver’s seat.

What advice can you give to people that get lost when trying to create the life they want?

Lose the title, win the experience.

The pressure of the expectation of getting a job and being at a certain place in life created the darkness I was experiencing. So I lost the title of needing this job, and having this money, and being in this place in my life. I just focused on winning my experiences, winning me every day, and then that opened me up.

Also, I made it by talking to people, going to networking events, and making myself vulnerable. My new business partner, she needed an assistant. She needed someone to help her. I became vulnerable being at her disposal. This made her feel like, wow, wait a minute, and you are so powerful. You are so valuable. Let’s partner and let’s like, build something together.

What strategies have you used to build your brand?

The reason why I’m where I am today is that I put the value in relationships, and that value is what turned to revenue.

You win that person and that business in terms of your personality, your integrity, your effort, and then their network multiplies 100 more times, so that’s like 100 more people who are willing to contact you based on their words.

We don’t get our contracts or our opportunities from social media or anything; it’s been from one relationship that we secured that we took care of. I always tell people your integrity is so much more valuable and it generates you so much more money than trying to get a contract. We’ve only been in business for three years. We hit six figures in our first year, and within the next year, we will most likely hit our million-dollar revenue goal. I don’t care about those numbers though. Once you know how to make money that is secondary. The impact is the most important thing. Once you learned how to generate revenue, the currency is fluid. It’s your impact on what you’re doing that matters. It’s history. What are you writing? What do you create? That’s what matters.

Some fun facts about W.E. Da’Cruz

• I was born in the US and sent to Ghana as a child to go to school and learn my culture. When I returned, I was forced to take ESL English as a Second Language

• I am one of five girls

• I love movies based on true stories 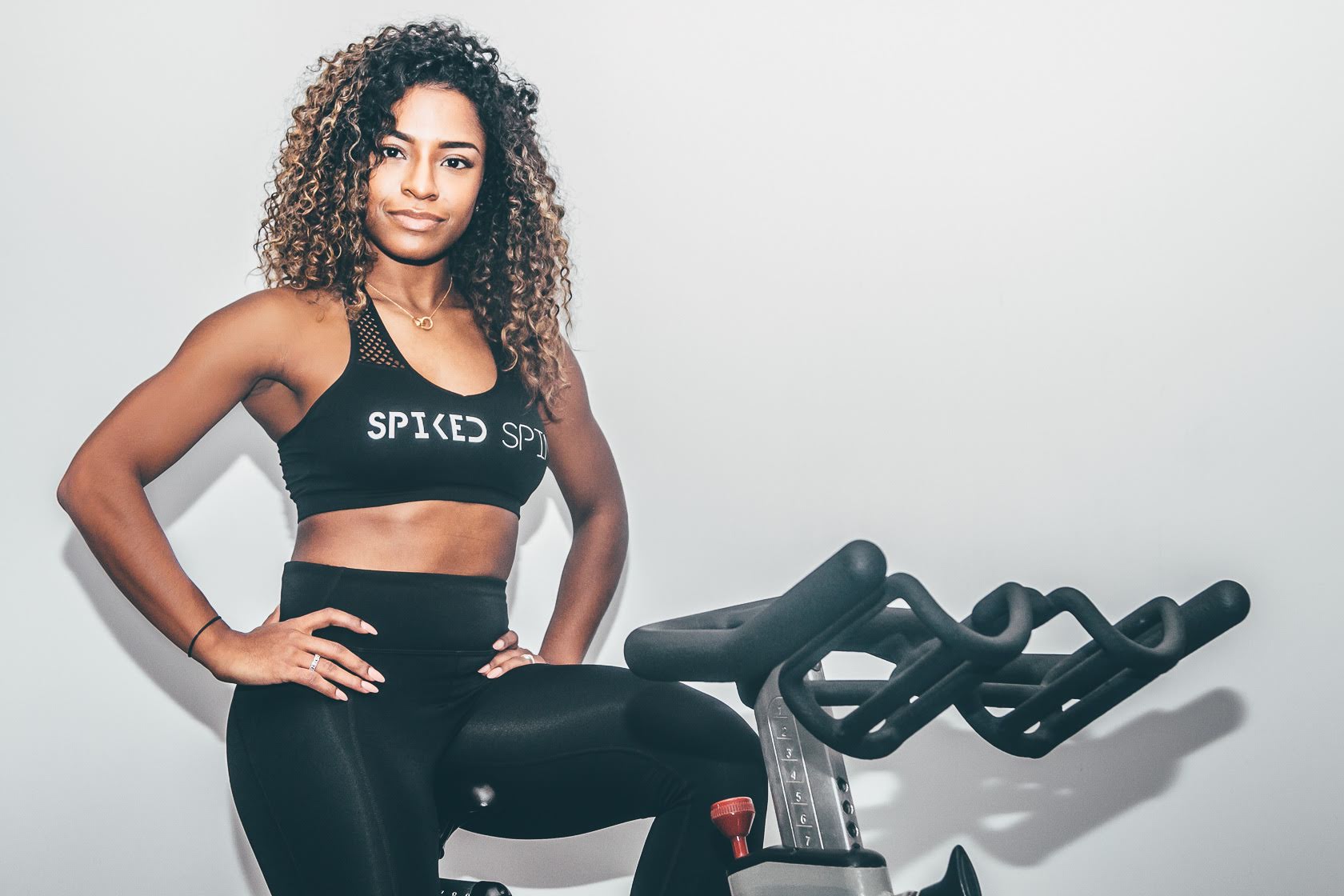 A few years ago, I fell in love with the high-intensity, sweat dripping, calorie-burning spin classes, but can I be real honest real quick? I was always so surprised that 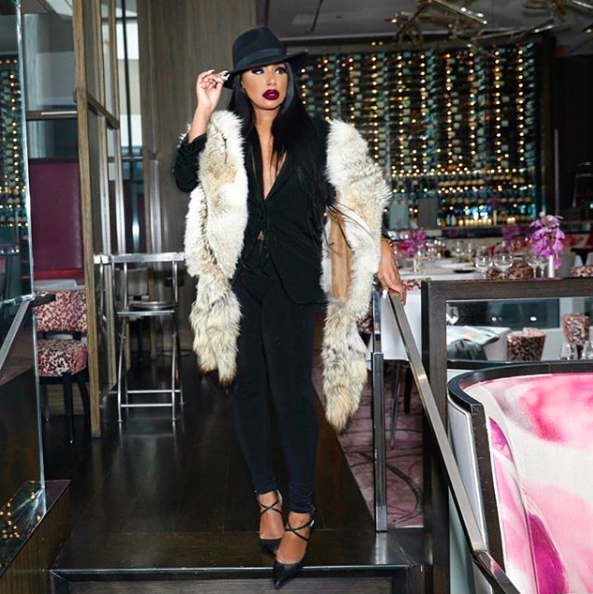 Lisa is self-made with an incredible resume in entertainment. She has curated charitable events for numerous celebrities. Her passion has led her from promoting music talent in her hometown of