The 0 to 100 phase of building a business looks different for every entrepreneur.

For some founders, you have an idea and then gain hella traction the minute you press 'go'. For other founders, it may take months, and even years to gain momentum and find product-market fit.

For Disctopia, their story is a perfect case study of what happens when you have grit and steadfastness, and truly evolve your business with your target audience in mind.

If you're new to them, Disctopia is a streaming platform and podcast hosting company dedicated to curated artists, podcasters, and content creators.

With Disctopia, creators can seamlessly upload their content, or launch a podcast. They can build their fanbase, tap into various revenue streams (like selling merch), and pay $0 in commission fees. They also offer an enterprise streaming service for creators with podcast networks where you can deliver your entire network with a mobile app designed and built by Disctopia.

Since launching in 2016, they've seen a growth of 300 percent in users, and also launched solutions for schools and education systems.

In an interview, Disctopia's CEO Patrick Hill shares how they approached the early days of product-building and the startup lessons he learned.

Lesson #1: Pay attention to the small and big signs when validating your idea

In 2016, Hill helped his good friend bring in thousands of dollars in revenue - just hours after releasing music. After that, he realized there had to be a tangible solution for other artists to monetize their work too.

A few months later, Hill went to SXSW. It was there that his idea of building a tech company to help creators was validated.

At the time of going to SXSW, Disctopia was in its earliest days - they didn't even have a full product built. Nonetheless, he whipped up a quick landing page and stepped out to get the word out.

While at SXSW, literally, every artist or creator they met was handing out a mixtape, a CD, or they were using a QR code to share their content. Hill knew that the tech he was building could really take these creators to the next level and that it would be game-changing. "After going to SXSW, I was like yeah, we're on to something with Disctopia," Hill shared.

"Throughout 2017, we really focused on royalties, making sure that any artist could upload their tracks and get paid. Around 2018, we saw that podcasting was really blowing up so we pivoted our business to create a platform where any creator could get paid and build a fanbase."

Lesson #2: Build a business where the money resides

You can have the best idea in the world, but it'll remain just an idea if you don't have paying customers or if the market isn't big enough.

This was a hard pill to swallow for Disctopia.

"I'll be honest with you, getting our first few customers was hard," Hill told Mogul Millennial. "The thing is, we knew we were in the right space - especially because there was competition. I know some founders don't want competitors, but most people want to see there is some sort of competition because it validates your idea. Think about it, you don't want to be the only guy in America selling pizza. That means no one in America likes pizza."

"So for us, seeing competition wasn't a problem - that was our validation. We just had to get in front of creatives - but it took a while to do that," Hill shared.

Early on, Disctopia focused its attention on a particular genre of music. However, in that specific genre, enough people weren't spending money.

"It was very hard to get our first customers because we're chasing a demographic that didn't pay for music," Hill said. "The second we switched to a different genre and a different type of content, which was podcasts, we started getting customers every day."

Lesson #3: Can't raise venture capital? Use your natural talents and abilities to self-fund your company

In the early days, many founders turn to venture capital, accelerators, or grants to get money and scale their businesses. For Hill, he self-funded Disctopia through his other business, A Cultivated Mindset, which is a company that builds software.

"In the early days, A Cultivated Mindset was how we self-funded Disctopia. For instance, people would ask me to build them a mobile app. I would use that money to build it, and anything left over was poured into Disctopia. I did that for about four years, and that's how we've been able to get this far," Hill shared.

Lesson #4: Do your homework - know your market in and out

Founders - whether you want to admit it or not, you have competitors. Each week, you should spend a good amount of time digging deep and researching all competitors (direct and indirect).

"You know, everyone always thinks they have the best idea. They think their idea is the greatest and the only thing in the world, but just do your homework," Hill said. "For years, we've been doing our homework and I've become a connoisseur in every streaming app you can name. I've downloaded and purchased the big streaming apps like Disney Plus and Paramount, all the way down to Zeus and other small ones. I spent a lot of time researching and using these apps to see how they produce content, and to really understand how they've created a lane for themselves. Every entrepreneur should do this for their own industry." 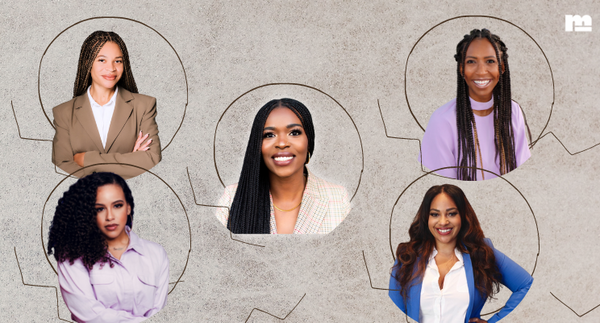 Five founders share their insights, and how founders can make the most of their experiences.