COVID-19 is becoming alarming, and the weather in Texas is more bipolar than ever (IYKYK).

Throughout all of this chaos and uncertainty, Totteanna Shanklin is trying to figure out her next career move.

Prior to 2020, Totteanna spent her entire career as a hairstylist and e-commerce entrepreneur. She went to cosmetology school her sophomore year of high school. Years later after graduating from Texas Southern University (TSU), she operated multiple e-commerce businesses selling vintage eyewear, faux fur, wigs, and fast fashion clothing. During this time, she also was a hairstylist, operating out of salon suites and even had her own salon.

Despite the success she had, things were changing for Totteanna.

Totteanna had become pregnant with her first child and was anxiously preparing to become a mom. Her career as a hairstylist was keeping her incredibly busy - she often worked late nights and during busy holiday seasons. While she loved the beauty space, she wanted a more flexible career that would help her build generational wealth.

Totteanna’s first idea was Suluxx Spaces, a premium salon space that combined revolutionary technology and educational tools for hair professionals. After coming up with this idea, Totteanna went all the way in to make it work. She spent a lot of time researching and building out her company. She even launched a crowdfunding campaign to raise capital, but unfortunately, the campaign didn’t go far. The experience made Totteanna do some soul searching about her business idea, and had her wondering if she should pivot.

If you've built a company before, you’ve been in Totteanna’s shoes.

As a founder, you can attest to how heartbreaking it is to spend so much money, time, and resources on your biz idea - only for it to not work out in the end.

But honestly, this is the case for many successful entrepreneurs.

No one talks about the ideas that don't make it. People don’t talk about the many pivots they've made, and how sometimes pivoting is necessary when your idea isn’t popping off like you thought it would.

The reality is, starting a business is incredibly hard.

As a business leader, you have to be able to look at the data and recognize the larger opportunities that often reside in the midst of your startup idea.

For Totteanna, this became her story.

When her crowdfunding campaign for Suluxx Spaces didn’t go as planned, she looked deeply at what she was building, and analyzed every element of the business and problem at hand. She then saw the bigger picture - the exact thing that would be even more valuable to her target audience.

While creating Suluxx Spaces, she had ideated a customized tech component that would be available for Suluxx Space members (now called SWME). This tech solution was something that was desperately needed in the beauty space. As a former salon suite renter and owner, Totteanna experienced many inefficiencies that many hairstylists go through. For the longest, salon suites have been slow to adapt to new technologies and have lacked the proper solutions that make property management and backend operations more efficient.

After deciding she would no longer pursue Suluxx Spaces, she knew the tech component she ideated would be the perfect pivot.

Fast-forward to today, SWME will be a SAAS platform bridging the gap between beauty and business while streamlining backend operations and automating tasks for salon suite renters. SWME, which is an acronym for Suites Workflow Made Easier, will give the salon suite industry the tech shake-up it needs. SWME will feature an online portal where salon suite owners can pay rent and submit maintenance requests, which will streamline direct communication and eliminate face-to-face interaction.

Totteanna is currently building out the MVP for SWME and is learning how to navigate the startup space as a Black woman. While the journey from hairstylist to tech CEO is new, Totteanna knows she is built for this. “I've made it this far with lots of research, studying, and making valuable connections along the way," Totteanna said.

Outside of building out her MVP, Totteanna spends a lot of her time surveying salon suite owners, marketing on social media, and getting initial LOIs (letters of intent).

When she’s not working on that, she also spends time soaking up knowledge - from books to podcasts, to attending events, and following leaders in her space.

SWME is set to launch soon, but in the meantime, here are a few lessons you can learn from Totteanna and her experience:

Every startup begins as a great idea that you know is destined to become a unicorn business. As a founder, you work on the idea for weeks, months, and perhaps even years. You may get some traction, but somehow, the idea you’ve been working on isn't panning out like you thought it would. At this time, you have to make the tough decision to either keep working on it or pivot. No matter what you choose to do, you should know that pivoting isn’t bad. Some of the greatest entrepreneurs pivoted several times before they discovered their billion-dollar business idea.

2) Pay attention to the market and the data

According to CBInsights, one top reason why startups fail is due to working on an idea that the market isn’t ready for. For Totteanna, Suluxx Spaces was a great idea, but it wasn’t moving at the pace she wanted. Instead of spending more time and resources on Suluxx, Totteanna looked at her data and realized she had a better idea brewing in her mind - SWME.

3) Build the waitlist before you launch the product

Just because your product isn’t ready doesn’t mean you shouldn’t be marketing it. Totteanna spends a lot of her time talking to her target audience and getting LOIs. As Totteanna gets more salon suite owners signed up, it’s more likely those LOIs will convert to paying customers once SWME launches.

For you and your startup idea, don’t wait to get the interest of your target market. Build your waitlist, and interact with your target audience through social media and email marketing tactics. 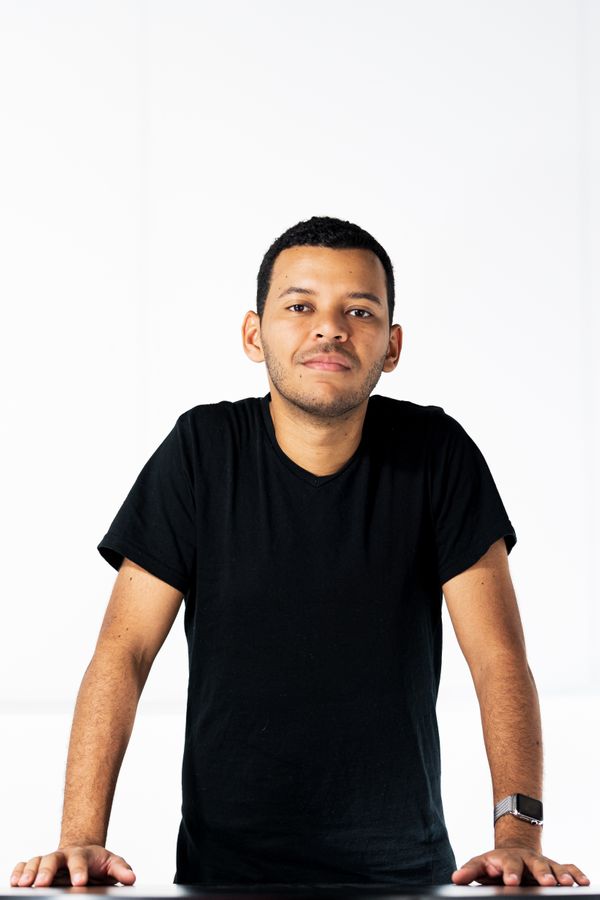 In the media you'll see plenty of articles celebrating founders who have raised money from VCs, but can we talk about what happens next? For example, what are some things

All of our favorite shows have something in common -- we talk about them. At length. In depth. With enthusiasm. Ya'll know how Insecure has consistently left our Twitter timelines