If you missed AfroTech 2019, I’m sorry. It was THE conference of the year, but don’t fret.

This piece will fire-up your creative engine with musings from Kanye, Oprah, and Zac Hinton, a Hulu product designer who spoke at AfroTech.

You can’t go wrong reading this if you want to turn your creative vision into reality.

In this article, I cover the four pillars of human-centered design.

We’re witnessing a creative renaissance, friends, and I don’t want you to miss this moment. There are no excuses, maybe 10 or 20 years ago.

The only gatekeeper stopping you is YOU.

Yet, the vast majority consume rather than create; 90% of online users consume, 1% create consistently.

Luckily, there is a solution.

As you’ll learn from Zac Hinton and others, the best decision you can make is to become a doer. So from here onwards, the motto is simple:

Don’t hope or want, just do.

Every teen hacks their way up the social ladder somehow. For Zac, it wasn’t football, baseball, or basketball. Instead, he built his social cred as an expert Myspace page builder.

His myspace pages garnered attention from classmates and the internet. Always light-hearted, funny, and well-done, his pages stood out. Soon, his reputation preceded him. Other kids wanted him to design their Myspace pages. And so he did.

Fast forward to Hampton University, and Zac followed his curiosity for human-centered design. After undergrad, he had a job offer in tech, but he said, “Thanks, but no thanks,” and went to grad school.

When he visited Carnegie Mellon, he fell in love with human-centered design. Researching, understanding people, building his expertise… It fascinated Zac.

Like, Zac, I believe we all have a chance to fall madly in love with our art.

Well, Zac first started by following his curiosity. He didn’t wait for his purpose to find him, he created it, following these steps:

So, Zac went for his Masters in Human-Computer Interaction.

Now, let’s dive into the four pillars of the human-centered design process. Know that these pillars can be industry agnostic — for techies and non-techies.

In this stage, you must define your mission, competitors, and users. Let’s use the young Oprah as a case study.

At its core, Oprah’s mission has always been about service. In her words, it is, “To be a teacher. And to be known for inspiring my students to be more than they thought they could be.”

Oprah knew the competitive landscape of the television industry earl-on. She didn’t start the Oprah Winfrey show in Chicago by accident.

Here’s how Oprah did it: She considered four cities for her show, weighing the pros and cons based on where she could make the biggest dent.

Oprah knows her users (audience) better than most– I think we can agree that’s how you make billions on TV. For over 20 years on The Oprah Winfrey Show, she spoke to a predominantly white middle-class woman audience. She told stories, pitched products, and interviewed legends to captivate the world.

That said, what steps can you take to know your users like Oprah?

I’ll give you a hint: demographics and psychographics..

Demographics: Help you slice a market up by age, gender, ethnicity, and other general variables. Demographics help to understand the differences and commonalities among customers.

Psychographics: Measure user’s attitudes and interests rather than “objective” demographic criteria, providing more in-depth insights that complement what we learn from demographics.

Now that you’ve identified your mission, competitive advantage, and audience/users, it’s time to develop your idea.

A) A user flow is a series of steps a user takes to achieve a meaningful outcome, as Zac explained.

B) For a Hulu designer, they are thinking about how subscribers interact with the web and mobile user experience.

A) The wireframe is a skeleton of your website or app. It helps you visualize the barebones structure before adding color, customizing visuals and other pretty stuff.

A) Finally, you create the prototype to include custom visual design elements, brand colors, custom typography, and other stylistic pieces that enhance the user experience.

B) If you’re searching for a prototyping tool, try one of these:

Whether you think he’s a genius or “a crazy,” we can learn from the way he solves relatable problems.

Yeezy puts the user at the center of his designs. New shoes without laces save time. Neutral color schemes are easy to match. Customers first.

Now that you have a graphic representation of your product, it’s time to test it.

If you remember nothing else, remember:

Testing is the bridge between you and the people you seek to serve. The better you know them, meet their needs, and exceed expectations, the more money you’ll make.

I won’t go into the nitty-gritty details of testing here. Read more about testing tech product ideas here. Instead, think about Apple as a case study.

Testing and market research helped Steve Jobs distinguish the Apple brand. He knew the market’s hopes, ambitions, and aspirations better than most people know their families.

As a result, Apple doesn’t sell products. It sells a lifestyle, a belief system. “People who think they are crazy enough to change the world are the ones that do,” as Jobs said.

You can apply some of Apple’s winning tests to your business, asking these simple questions:

After you’ve identified, developed, and tested, it’s time to pitch. Any idea worth spreading is worth pitching.

Whether you’re pitching to creative executives, venture capitalists, or team members, Story Brand’s Donald Miller has a few points that will serve you.

As he writes in his book, Building a StoryBrand: Clarify Your Message So Customers Will Listen, there are four core elements of a pitch (imagine we’re pitching the Oprah Show):

Okay, that’s all for now.

As you create, remember a few things: 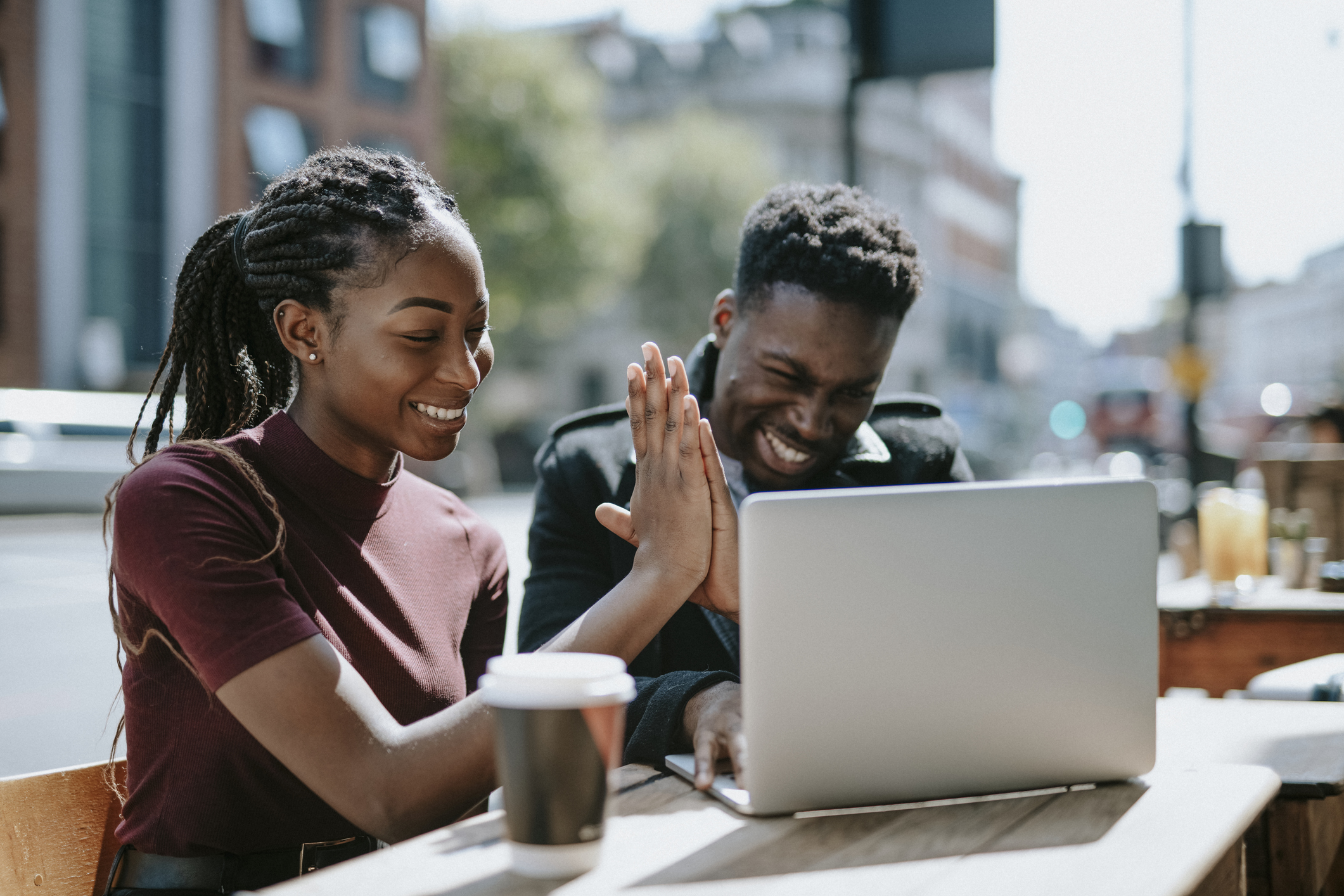 Imagine walking into a sea of faces, that resemble YOU. You hear the latest Migos track in the background, and the sight in front of you includes signs that read 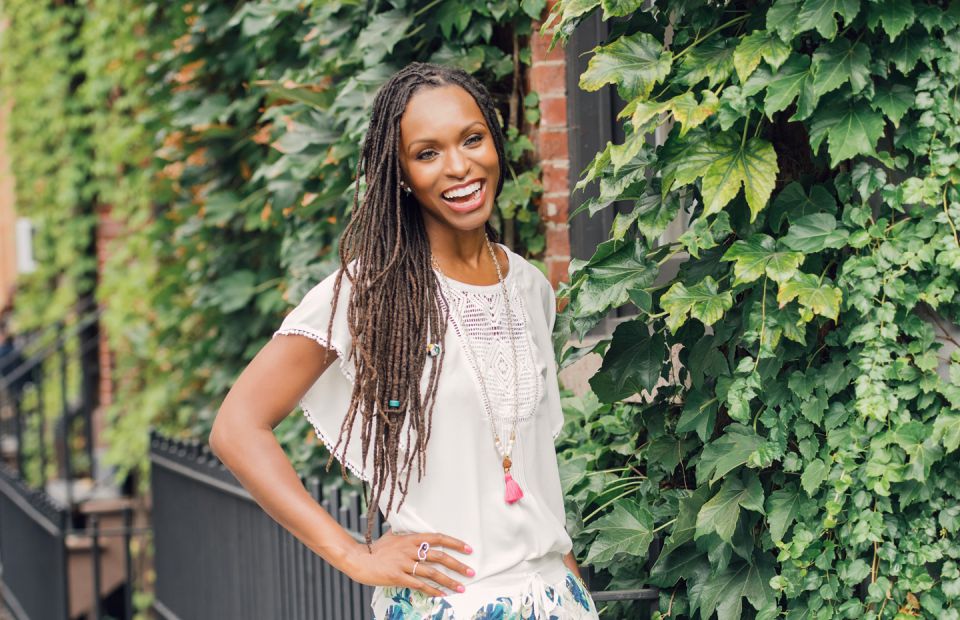 THIS ARTICLE ORIGINALLY APPEARED ON CAREER CONTESSA BY ERIN DOHERTY. IT IS REPUBLISHED WITH PERMISSION. If you ask her, Latham Thomas didn’t choose her career. It chose her. The