It’s no secret that there is a wealth gap between Black people and our racial counterparts.

Part of this is attributed to a lack of financial services in Black communities that uplift us. Without access to quality financial institutions that support us, it becomes challenging for Black people to grow and sustain wealth, become financially literate, and invest in ourselves. This, in return, puts us and our future generations at a disadvantage.

As a result, this disadvantage often means banking with financial institutions that don’t serve us, or using expensive financial services like check cashing stores and pay-day lenders that prey on us.

Over the years, Black-owned banks have emerged to combat the wealth disparity gap.

However, there is still work to be done.

Despite the current conversations around building generational wealth and narrowing the wealth gap, for years Black-owned banks have been fighting to persuade more Black consumers and allies to put our money where our mouths are.

Initiatives to bank Black often receive support and attention during times when racial unrest is trending in mainstream media. But, what happens once mainstream media stops the reporting and the conversations die out?

In order for Black banks to increase economic development and to become a strong staple in our communities, banking Black should be normalized and requires ongoing support. By banking with Black financial institutions, we are reinvesting in our community, and are making choices that will positively impact our future generations.

Stephone, who worked in the banking industry for over 18 years, started working in banking while in college. “I went to the University of Texas at Arlington but was a nontraditional student. I worked full time and went to school full time. During this period, I started working as a teller at a bank inside of a grocery store. After graduation, I continued to work in banking, and eventually, worked my way up to having a career as an executive at bigger banks,” Stephone told Mogul Millennial.

In 2016 while Stephone was working for one of the biggest banking institutions in the U.S., the idea of BankBlackUSA emerged.

“I was looking at these larger financial institutions and was concerned with what they were doing to serve Black people. While looking for ways Black people could be served by financial institutions, me and my future co-founders started researching several Black-owned banks that existed. We heavily believed and still believe that minority depository institutions play an integral role in closing the racial wealth gap, but they're really undersupported. We wondered how we could uplift and support these Black-owned banks that were founded to support our people, and that’s when BankBlackUSA was founded,” Stephone said.

Around this time in launching BankBlack, Stephone was working double time because he was at his 9-5. But then things in the economy started to take a turn for the worst.

Massive layoffs in many industries, including in banking erupted, and Stephone was affected by it. At that moment, Stephone wasn't sure if he wanted to look for another banking job or taking his severance package and try something different with his career. He ultimately decided to take a step out on faith, and started diving in deeper with BankBlackUSA.

“I worked day and night to make sure we [BankBlack] became a repository hub for all things banking Black. I used my severance package to support my new venture, and also started doing consulting work on the side to make sure I was able to still pay bills while I was growing my company. I knew I didn’t want to be distracted by money and not being able to sustain myself.”

“While I was working on BankBlack, I also started writing articles about the bank Black movement. When we first launched BankBlack in 2016, there was a lot of police brutality and racial unrest that was going on, so there was a huge interest from the media and from people in supporting Black banks. But eventually, the idea of banking Black fell out of mainstream media and we saw the conversations declining. It was important to me to keep the conversations going around banking Black so I started writing, even though I’ve never been a writer or had an interest in writing,” Stephone told us.

Decades ago, movements like Operation Breadbasket existed whose sole purpose was to improve the economic condition of Black communities across the U.S.

“At BankBlack, we are continuing the work that our people have been trying to push with banking Black decades ago. What we are doing is changing the narrative and opinion on banking Black. We’re here to provide resources for people to make those decisions for themselves. We want to bridge that gap for many Black entrepreneurs and founders who are looking for lending to grow their businesses. We want them to go to Black financial institutions, so we’re highlighting the products and services that they have to offer so that our people will find them attractive to use. Black banks are forward-thinking, transparent, and have courageous leadership, so those stories should be told,” Stephone shared.

Recommended: How to identify debt you can pay off and improve your money mindset

In order for our community to thrive, getting individual Black consumer support in banking Black is just the beginning. We need corporations and companies to choose Black banks too.

The uncomfortable truth that no one talks about is that big banks have had a history of funding things that are detrimental to our community like private prisons and other laws that don’t support and uplift us.

Black banks, on the other end, have not done this.

“59% of Black banks have branches in Black communities. Less than 1% of other bank loans from non-Black banks are made to Black borrowers, but at Black banks, 67% of these loans are given to Black borrowers. Banking Black can improve financial stability and financial literacy to our community, especially those Black people who are residing in banking deserts and are surrounded by financial services that pursue us with predatory lending,” Stephone said.

Fast forward to today, BankBlackUSA is still doing the important work to uplift Black banks. Outside of adding resources on banking Black, BankBlack is engaging in strategic partnerships with various universities and organizations to keep the movement going.

Stephone concluded, “We want banking Black to become the norm and not just a sexy thing to do when uplifting Black folks is a hot topic in mainstream media. Banking Black is an investment to ourselves, to our community, and to our future generations.”

Ready to make the switch and #BankBlack?

Check out this list of Black-owned banks and credit unions in the U.S. that Stephone and his team curated on BankBlackUSA. 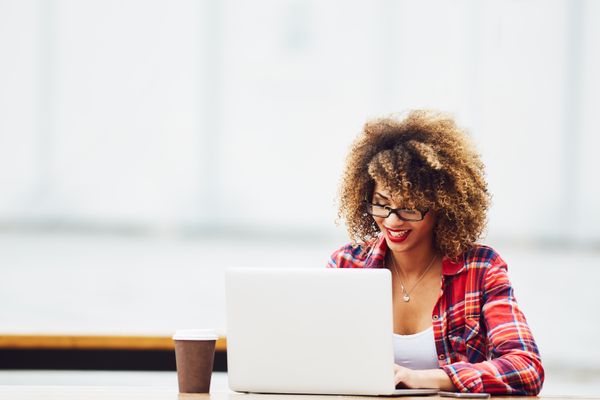 So, you've registered your business, the website is up, and your product is ready to ship, but no one knows about it yet. Now is the time to reach out 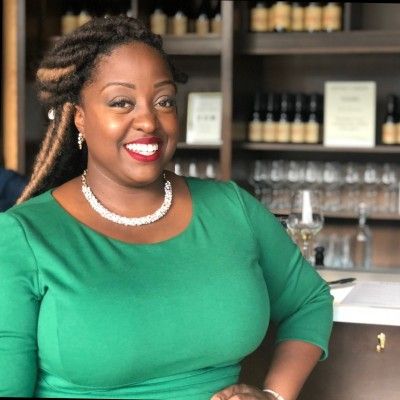 Email marketing is where it's at. Get into it. If you're not using email marketing to grow your biz, you are leaving money on the table. Studies show that businesses