Living the life of chasing the career of your dreams may appear to be sexy on the gram, but I truly wish more people would talk about the real, and would be transparent on what really happens when you’re in the pursuit of it.

For some people, they seek out a new business idea or a high profile job at their company but quickly run away once life gets tough, days get longer and lonelier, stress comes, and money gets low.

When it comes down to chasing your dream, the real gag is that sometimes things don’t turn out the way you planned, or the way your business plan was scheduled. More often, you may have to make pivots or simply start over (and over) again, and to be honest, when you’re not from a family of wealth where dad or mom can save you and pay some bills for you here and there, life gets real.

At some point when you are at your lowest, you have to make a tough decision. Are you going to keep on chasing that dream, or are you going to do what’s comfortable and just pursue a career that you know will easily yield an easy life?

For Dee “lilD” Porter, she ended up in this exact position and decided to choose the path less traveled with the hopes of one day achieving her dream.

Growing up, Dee always wanted to be a rapper and practiced on her craft day and night. Later towards the end of her high school career, Dee won a freestyle battle for her hometown radion station nine nights in a row. Shortly after attending college in Toledo, that same radio station hired her to be an on-air talent. While she wasn’t exactly fulfilling her career as a rapper, she was immersing herself in the music industry and soon began to have an interest in working in radio instead of being a rapper.

Unfortunately, while doing radio, she got fired and was eventually evicted. Dee ending up getting a part-time job at a radio station in Cleveland which was two hours away from her home in Toledo, but she wasn’t making enough money to move and to make the career transition easier. Because of this, she ended up putting her things in storage and moved into a motel when she could afford it. This motel was pretty much what you think of when you hear the word motel: smelly, hot, and filled with drugs, prostitutes, and crime. Nonetheless, Dee didn’t let her current situation disrupt her dreams so she kept moving.

During this time, her dad offered her space back at her childhood home, but Dee knew that moving back home equated to her as starting over, and that wasn’t a risk she was willing to make.

After three months of homelessness, Dee moved into a closet of an apartment in Cleveland, and it was there in that tiny space where she regained her confidence and continued to build upon her skills, all of which soon helped her achieve the level of success that she has today.

Currently, Dee is a top-rated radio personality at one of the leading hip hop radio stations in the country, 97.9 The Beat. On top of that, she’s also an author, community activist, speaker, and mentor. Recently, Dee also released a book detailing intimate moments of her life, while using it to encourage others that are struggling to keep pushing to pursue their own dreams.

Recently, we caught up with Dee and learned more about her career journey and how she was able to create and launch her book.

What inspired you to create your book?

When I got on the radio, I saw that people immediately assumed that I was living the life and was making crazy amounts of money. I wanted people to understand that while working in radio is cool, it’s also a lot of work. Also, I wrote it for people that are currently going through a struggle, and I wanted them to understand that their current situation isn’t the end, and that your happiness doesn’t depend on where you’re currently are. I wanted others to understand that when you have a sheer unwavering belief in yourself, you can literally make anything happen.

Can you share more about the process that you went through to get your book launched?

One of my homegirls that’s an actress had written a book and is the one that convinced me that I should share my story. When I wrote the book, I reflected on the time when I was homeless, and I had to literally look back on all the hard times and struggles that I went through. It forced me to look back on my humble beginnings to where I am now.

It ended up taking me about a year to write the book, but once I started working on it, I made it a point to write every day. Even though many chapters of the book were literally painful to write, I kept going anyway because I knew that my story would help someone. At the time I was working full-time and writing my book, but I still wrote in between work and then also after work.

How did you figure out how to properly market your book?

One of my friends is a publicist and I’ve known her for most of my radio career. After I wrote my book, I went to her and was like, “So I wrote a book, what are we doing?”. This friend ended up helping me create social media content and just how to overall market myself.

Eventually, word of mouth and organic reposting from social media has helped my book gain attraction and sales. Also, I’ve gained enough strength to recap in person some of the stressful events that I went through that I discussed in my book, and talking about this at events has helped as well.

Do you have any advice for millennials on how to embrace where they are now and find their passion?

I feel like everyone’s passion is already inside of them, but they have to be cognizant of that specific thing that exists when they wake up and immediately think about, or what they randomly think about constantly during every idle moment.

That thing that you think about all the time is what you have to find time to do. Even if you work Monday through Saturday, on Sunday you better be working on that specific thing.

If you need to go back to school to pursue that thing, your dream, do it. Even if you can only afford or have time to go one day out the week, that’s better than nothing.

At the end of the day, you have to realize that your dream won’t work unless you do. You have to decide how much you want it. Also, you cannot get discouraged. You have to celebrate those small wins because that count too.

What advice do you have for someone that wants to start documenting their experiences, but doesn’t have the courage to start?

I would tell that person to take comfort in the fact that you’re strong enough to handle it, and that someone isn’t. Someone else needs to hear what you want and need to write. They need to read it because that’s what is going to give them the encouragement that they need. While you may feel that your struggle or adversity wasn’t that bad, for someone else, they see it differently and will find motivation from it.

What is something you wish you would’ve known about creating and launching a book?

I wish I knew how much editors cost. Thankfully, I only needed copy editing and not line editing, but it was still expensive. The editing is charged by word count by the way too if you’re not familiar.

After you get the editing done, you still have to get the final proofread of your file and that is expensive too. Everything really adds up and it’s something I wish I knew beforehand.

Nonetheless, I still encourage people that want to write to do it anyway. I just want you all to be aware of the things that I wish I knew beforehand.

Too keep up with Dee, follow her on Instagram and you can also pick up her book here. 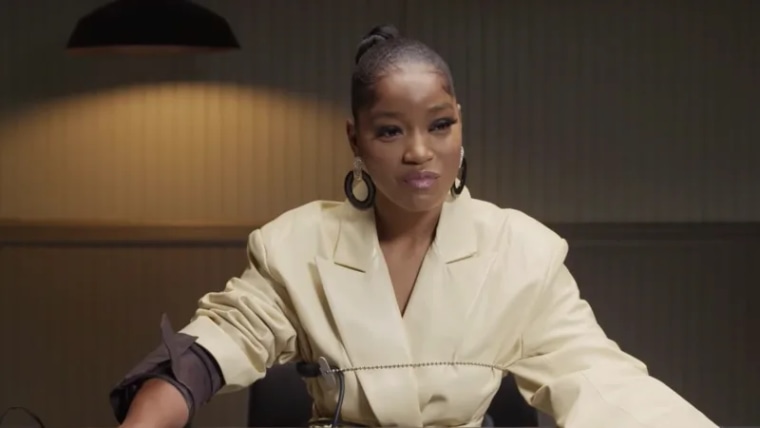 How many times have you accepted a follower request on LinkedIn or Instagram, but shortly after was scammed by someone better than Joanne? (see below if you don’t 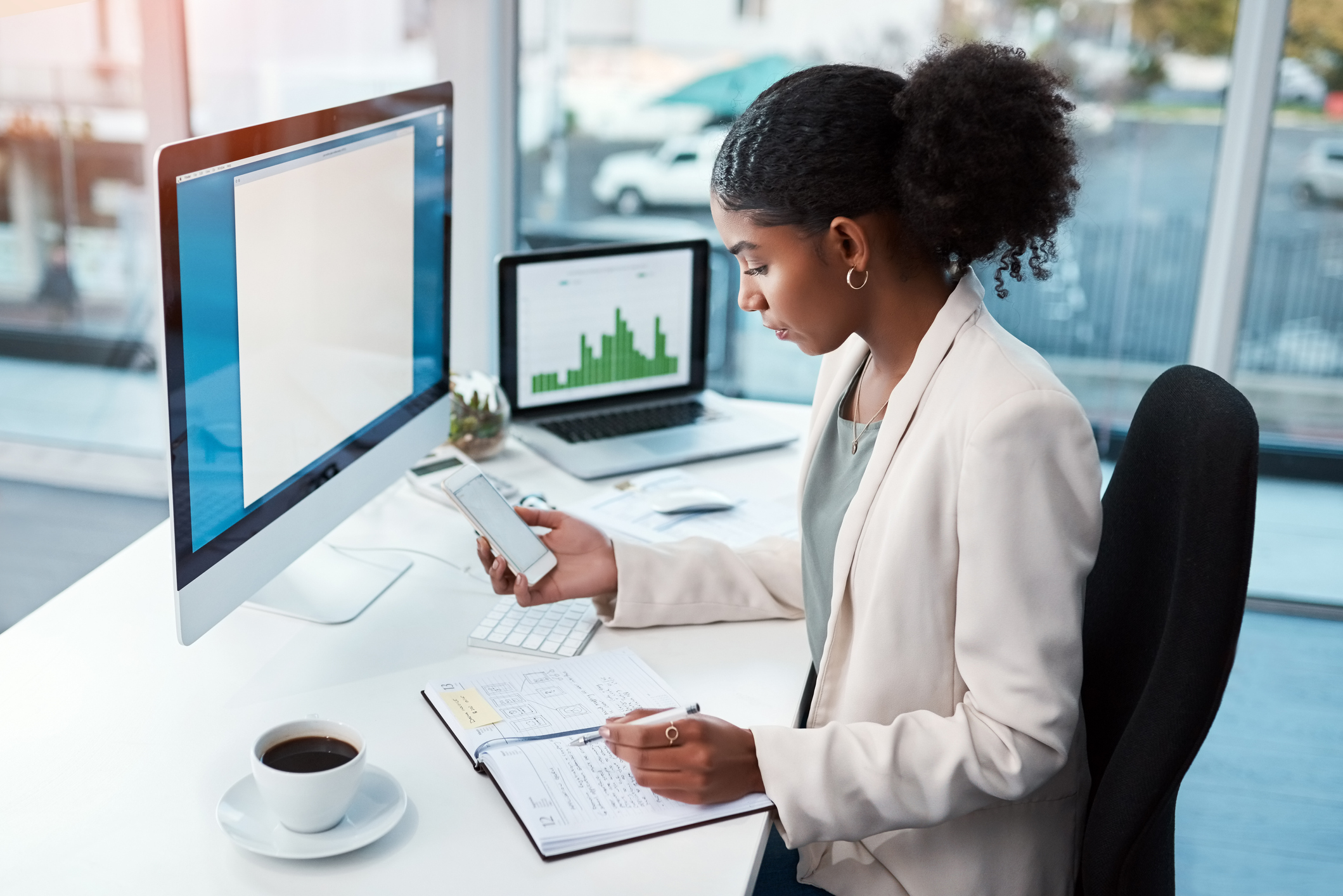 Being Black in America is one thing, let alone being black in Corporate America. But once you add being young and Black to that analogy, it becomes an entirely different