About three years ago, Rodney Gainous Jr. published a story about how the Twitter app he built in high school, Follow, reached 150,000 downloads in two years. In that article, he alluded to the even larger story about how he got into software. Well, here it is.

Nine years ago today (wow!) Rodney got his first remote gig writing software. He didn’t have an official title or anything, but he was writing scripts in Java. To give you some perspective, 10 years ago he was in 9th grade, 13 years old, with just three months of self-taught coding experience. Over the next couple of years, he would go on to make ~$200,000 of gross income. Here’s how he did it.

From gaming to coding

It all started when Rodney found himself lost in the gaming world. Most days, he would spend the majority of his time playing Call of Duty, Gears of War, Runescape, and whatever else he could get his hands on. All of his friends would meet up on these games daily to play, and they slowly shifted from being outside most of the day, to playing online.

The most addicting game of them all was Runescape. It didn’t take long before Rodney was hooked on this popular online role-playing game.

For those who don’t know, it was built with Java. After numerous times waiting for the game to load, his interest in Java was piqued and this led him down the rabbit hole of software development.

With every Google search, he started to realize that if he knew how to write code, he could build his own software. That thought alone blew his mind. This was only the beginning, and over the next month his interest in programming continued to grow.

Not too long after he realized the power of Java, Rodney found a book online called Teach Yourself Java in 21 days. He downloaded Eclipse and got started. The book fascinated him, and although he was still an avid gamer, he found himself growing more fond of his new hobby everyday.

After school, Rodney would come home, do his chores, play games and code like clockwork. It didn’t take long for him to put his new programming skills to use. Rodney wrote scripts that scanned documents, built random GUIs, and even wrote software to complete his math homework.

At that point in his life, it was like having a superpower that nobody knew about. Excited, Rodney told his friend that he was learning Java and urged his friend to learn with him. Rodney’s friend shrugged it off and stuck to gaming. At that moment, Rodney knew he’d be alone in software, so he continued on his own and nobody knew — not even his family.

Months went by, and Rodney started to become frustrated with the speed at which he was progressing in Runescape. So, he started to go on the hunt for cheats. To his surprise, there were many macros, bots, and scripts that you could run 24/7 to automatically play the game for you. This fascinated Rodney. He tried every bot he could find, but found that most were garbage. He continued this until he stumbled upon a community that offered a free bot client. It could even run custom scripts. Rodney joined the forum not knowing that within a couple months, his entire life would change.

This community was everything a kid like Rodney could ever dream of! Over the course of a month, he must have tried at least 20 scripts. There were some that cut wood, some that fought monsters, and others that did quests for you. It was amazing what these bots could do automatically without any supervision.

Rodney noticed the scripts were in Java but hadn’t considered trying to make one. Shortly after using those cheats, Rodney’s account was permanently banned for reasons other than botting (just his luck). Rodney was completely broken and remembers being in his room, on the verge of tears because the account he had spent hours and hours of his life on was banned. He begged Jagex, the company that made Runescape, to lift the ban but they wouldn’t, and he was out of luck.

There were many questions, but he had no answers. It wasn’t long before a lightbulb switched, and Rodney decided he’d make a new account. His idea was that he could use the cheats he found to level up to his original accounts stats, and fast. Rodney was on a mission to get back to where he had fallen from, but there was one problem.

Rodney’s previous account had high fighting stats, and at the time the community didn’t have many bots that could fight for you. So Rodney went looking. He stumbled upon one bot that could fight chickens, and thought to himself: Why just chickens? Why not any monster?

He looked through the code, and that’s when he realized that with a few modifications, you could make a bot that could fight any monster in the game. With his freshly learned programming skills and some added creativity, he created GenericFighter, the first all-in-one fighter bot.

After some touch-ups and tests, Rodney was confident that GenericFighter was ready. Any monster that he set it up to fight was taken down flawlessly, and he was excited not only to use it, but also to publish it to the community.

Within a few weeks, it was one of the most popular bots on the forum and his Runescape account stats were up. Rodney received a lot of praise, but it didn’t end there. Rodney started to get feature request and bug reports. He became addicted to programming, and the rush of building a product that people loved kept him going.

This went on for a few months. The maintenance of the bot forced him to become better at writing code, which ultimately led him to acquire a deeper knowledge of Java. At this point in time, Rodney was completely unaware of the bigger picture. He had no idea the founders of the forums had a plan to take things to the next level.

Rodney began to spend much less time gaming, and the majority of his time developing his bot. He worked hard, and people noticed. One day, he was approached by the founders of the community. They were building a premium marketplace for bots, where bot makers could sell their scripts. Rodney was skeptical, but decided to join the cause. Soon after, he teamed up with the owner of RSBots.net to offer a premium bot called AutoFighter Pro.

In comparison to other scripts, AutoFighter Pro was offered at a low price of $12.99. Instead of getting into the nitty gritty details of how the money was distributed between authors, merchants, and the founders, Rodney was able to say that AutoFighter Pro had over 30,000 sales from early June, 2009 to late October, 2011. You do the math.

Sales grew every month, and there was hardly ever a down turn. As the platform expanded, the founders invited more authors and merchants to sell scripts. The once tight-knit group became larger and extremely competitive.

It wasn’t long before authors were building copies of others’ scripts and competing over functionality, usability, and price point. Not only were you forced to code, but also to sell yourself and your product. Rodney learned quickly that every detail counts in competition.

Rodney didn’t know it then, but he was balancing between the roles of Product Manager and Engineer. He listened to user feedback, planned features, stayed engaged in forums, and constantly pushed new updates — this was the norm.

In this game, downtime was unacceptable. Users were not only running these bots for personal use, but their businesses also depended upon them. Selling GP (Runescape’s currency) and high stat accounts was a widespread phenomenon, and you had to work hard to meet demands.

From the summer of Rodney’s freshmen year to the beginning of senior year, his life consisted of a full day of school, an hour of chores, and a night of coding. To some extent, this affected his school performance, because he was so focused on making a better product. Coding became his priority, and he poured all his time into AutoFighter Pro.

When it was all said and done, it could fight multiple monsters simultaneously, automatically heal you, auto-respond to real human players, and many more unique features. But as you might’ve guessed, this didn’t go on forever.

After about one year of selling scripts, there was a lawsuit against the founders. They fought hard for another year, but ultimately lost the case a few days before Rodney’s 17th birthday. This led to the closure of all sites that were selling premium bots and their forums.

To be honest: when Rodney first started, he didn’t plan on telling anyone about what he was doing. Rodney was excited because things were taking off, but he was also nervous because he didn’t know what he needed to do.

So whom did he tell first? He told his Mom. Her reaction? Intrigued, somewhat confused, and a bit concerned. She didn’t understand what exactly Rodney was doing, how he got into it, or why people paid for it. Rodney’s Dad also had the same reaction, but they were happy for him and as long as he was protected legally, they supported it. Rodney never told anyone else until he graduated High School.

At this point you’re probably wondering, what did a kid like Rodney do with all that money? To name a few things: He helped clear family debt, took his family to Disney World, and invested in himself. In hindsight, this opportunity couldn’t have came at a better time for Rodney and his family. It was during the last U.S. recession, and like millions of others during that time, that they had their struggles — but Rodney is proud to say this softened the blow.

Since then, Rodney has been coding, designing, and managing products. Shortly after he stopped working on the bots, Rodney took his extra free time and learned Android development.

In February 2012 he launched Follow, an app for Twitter that tracks who’s unfollowed you, whom you don’t follow, and who’s followed you. Within a few short months, the app reached 20,000 downloads. Rodney wrote about how it reached 150,000 downloads, and today it has over 200,000 downloads.

After three semesters in college, Rodney dropped out to start Puricode — a product company. Rodney and his team wanted to build products for small businesses and start-ups and release their own internal products. Their first project was Runn, an on-demand delivery app for colleges. They launched a beta test on Wayne State University campus that got a lot of buzz, and led to them cold-emailing Mark Cuban and negotiating an investment.

After two years, they stopped working on Runn, and focused on other opportunities. In addition to his own ventures, Rodney has engineered at some great companies: Nexient, Ford, and Nima Labs.

Rodney is now in Santa Monica, working on SafePGP — a cryptography tool, as well as a crypto trading app. He has been blessed to have the opportunity to do his favorite childhood hobby as a profession, and he couldn’t imagine doing anything else.

For more Millennial stories, sign up for our free newsletter here! 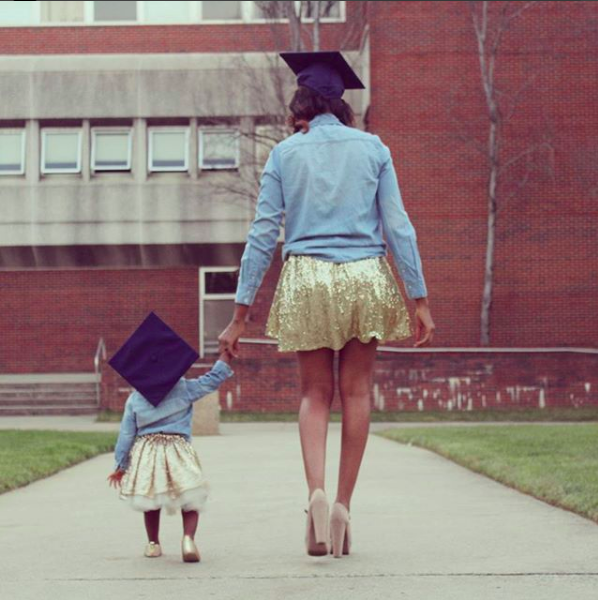 Corporate women are thriving in the workplace, and we see a variety of them making major moves to pave the way for the next generation. For many women in the 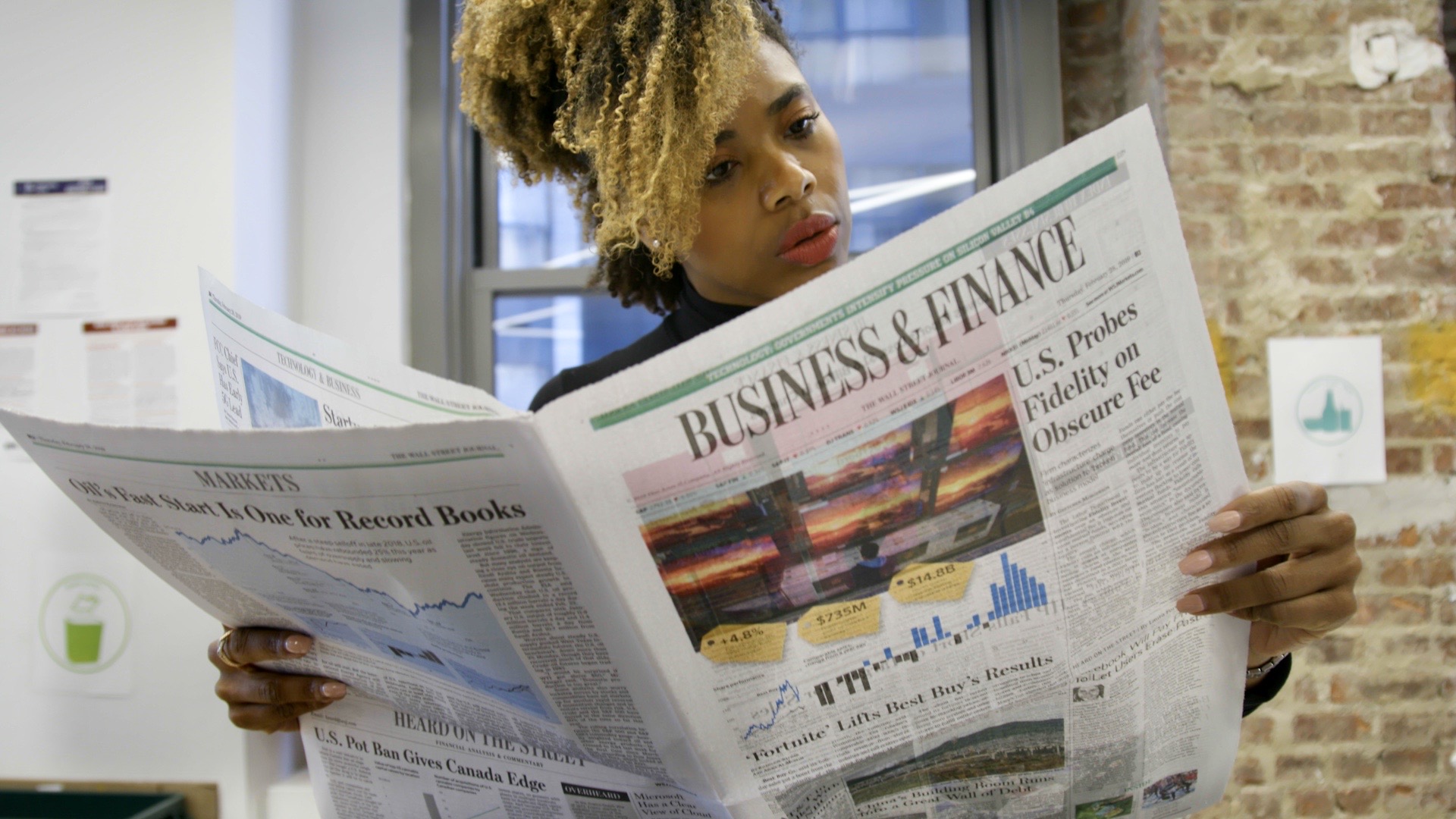 Picture this. Every day you walk into the job you love, knowing you made the right career move and excited for what the day will bring. Often times, however, entering