Raising venture capital is the hottest thing since sliced bread.

If you're needing startup capital for your business, there are several ways you can accomplish this outside of giving equity away through raising money.

One founder who has successfully done this is Kike Oniwinde of the BYP Network. The BYP Network, also known as the ‘Black LinkedIn', empowers Black professionals around the world to connect with each other and global corporations.

Recently, we chatted with Kike and learned her strategies on raising equity-free capital, and on growing her team.

But first, who is Kike?

I went to the University of Florida on a track and field scholarship. I used to do Javelin for Great Britain, and was one of the best in the country. During this time, I was very much into investment banking, and interned for companies like Goldman Sachs and Citi. But while I was doing that, I knew I didn't want to really go into investment banking, and wasn't too sure what I was going to do when I left Florida. I had heard about the fintech space and thought it was interesting, so I applied for and got a job in that field. At the company I worked for, I was doing business development tasks and did that for a couple years. During that time was also when I started the BYP Network.

Since then, the BYP Network has been around for over three years. Year one was a lot of events and building our presence in the UK. Year two was launching our MVP which was our app, and it go over 12,000 downloads. Year three was raising capital and scaling the team.

It’s been quite a hustling business; it’s been a true, three year journey of building what you see now with BYP. I feel like we are really just getting started and are ready to change the Black narrative.

What have you found to be the most challenging aspect being a founder?

I'm a really hard working person, and always have been. Finding other team members who have that kind of startup mindset and that entrepreneurial drive to just figure things out and hit the ground running has been relatively difficult. I've recently added a cofounder who literally mirrors that kind of hustler mentality and it’s so refreshing. I think for startups, you have to ensure that your first 20 hires are ready to work hard, and they're not just looking for a paycheck or to do the minimum.

Speaking of a cofounder, how did you find yours?

My cofounder was an employee first so she was already interested in what we do at BYP network, and it was in her career background. She helped bring in a lot of revenue, transformed the way we think in terms of sales, and was really passionate about driving that area. When you have such a small team and you find someone that’s literally committed to what you’re building, it becomes a no brainer to introduce them to more. While I didn't really go about looking for a cofounder, I do see the difference in having a cofounder who is on the same wavelength and has the same kind of vision as you.

How did you determine what positions you would hire for in the beginning?

When we first started, our income was from our events and it wasn’t a lot - it was around 10,000 pounds or dollars. All of the money we made went straight back into the business. With bootstrapping your company, it’s always important to always stay working and invest back into your business. We also won around $50,000 from competitions and that’s what I used to hire a few freelancers. Hiring freelancers was really cost effective because I had a team who wasn’t costing me a lot of capital but they were doing parts for the business that was needed.

After that we raised around $150K and used that to hire more people full-time which included a tech team. Since then, we’ve been looking into closing a fundraising round, and plan on hiring more people with good salaries so we can accelerate our growth.

How have you been able to overcome the struggles of fundraising?

We’ve raised 150,000 pounds from angel investors and then additional money from winning pitch competitions. Outside of that, we’ve been able to bring in a lot of revenue as well. At BYP, we're really focused on that balance of bringing in funding and also making revenue. It’s not easy to just raise funds so focusing on revenue is important.

Before I won my first pitch competition, that whole world of winning money for my company through pitch competitions was new. I think I would still be completely bootstrapping my company if I didn’t see the value in pitch competitions. I remember while I was at some of these pitch competitions, I would get approached by quite a few angel investors that wanted to invest in my company. I’m a big believer that you have to do more than just trying to raise money, you have to make progress and show the groundwork of what you’re building. I did that with releasing our app, the MVP, and by building communities and the network through our events. I proved my idea already before I started pitching to investors.

Fundraising takes so much out of you, so you have to really think 'is it worth it?'. I do realize the importance of raising money but also feel you should be self-sustaining so that you don’t have to keep raising money to survive.

If someone wants to launch a membership based company like BYP, what type of actionable tips can you give to them to get started?

First they need to do the market research to find out if this is wanted. For this, maybe do a survey and ask questions that will lead to your business case and will give you clear insights. With that same people that filled out the survey, put them on your mailing list or find a way to get them as your first users or subscribers, and utilize them as testers for your product.

Next, I would say have events. Organize meetups around the problem your business is solving to build community. For these events, get them to invite their friends or refer someone; referral is such a big thing in these kind of communities because it helps ignites growth.

Lastly, figure out who you can partner with to help get revenue. Find companies that are wanting to reach people in your community, and find ways to get revenue based on that. 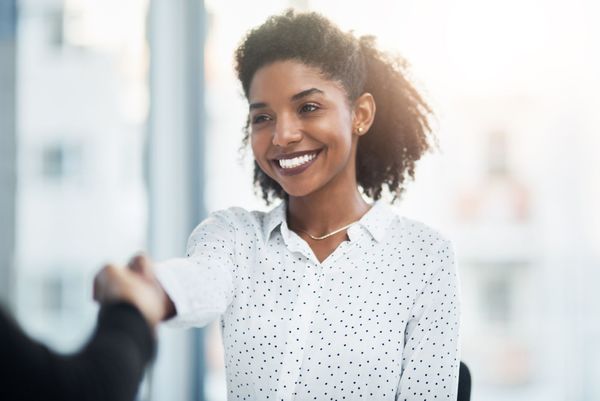 So you finally made it past the hard part of the job hunting process and landed the coveted offer. With the stress behind you, you're ready to secure the bag,