Black women are among the fastest-growing group of entrepreneurs – BUT are we starting businesses just because it’s the “cool” thing to do right now, or are we are starting them because our product or service is something people actually need and/or want?

If you haven’t noticed, taking a leap into entrepreneurship is more common than ever. Too often, we hear and see more of the glam side of being a founder but we don’t see the struggle.

But the gag is, being an entrepreneur has its ups and downs.

If you’re only in it to stunt on the gram and you don’t have a biz idea that’s scalable or even wanted by your target market, why do it?

Some of the most profitable and promising startups are those that actually solve a problem and that’s wanted. Crystal Etienne is one founder who has successfully built a company that’s profitable and desired among her target audience. Less than 5 years ago, she saw a need that hadn’t been met for a critical population and created a product that would solve their problem.

“I knew my preference was to wear a form of protection for my period without the insertion of a foreign object and my pad sticking out, yet I also wanted to feel as if I weren’t wearing anything. I knew there had to be a way to accomplish protection, comfort, and discretion,” Etienne shared in an interview, adding, “I did not want people to settle for products that were designed decades ago or stress over the embarrassment of leaks and stained clothes.”

With $25,000 that she saved, hundreds of tested prototypes, and plenty of “no’s”, Etienne eventually designed patented technology to help protect women from experiencing leaks without the use of a tampon or sanitary pad. “My journey began in the basement of my home, searching for the best functional fabrics, most absorbent materials, and a design that was comparable to your favorite brand of undergarments,” Etienne told Black Enterprise. “I then developed the smart and intuitive technology that offers a built-in absorbent organic cotton liner, which is featured in each apparel product we provide. It is perfectly angled to collect your flow, offering maximum absorption and protection against leaks and stains, peace of mind, and complete discretion.”

Before creating Ruby Love and raising $15 million just 4 short years after launching her startup, Etienne began her career as a Controller at the age of 22. In between then, she had three lingeries stores in New York. As she shared with Mogul Millennial, “I’ve always been an entrepreneur with a career on the side.”

Recently, we were able to catch up with Etienne and learned more about how she quickly grew her business and earned over $300K in revenue her first year, how she marketed her business, and things that entrepreneurs should be mindful of before raising capital.

When the idea of Ruby Love came to mind, were you still working full-time?

Yes, I just happened to be home that day, and I was working. I don’t know what I was thinking, but it was something that came to me that day. I know it was God though.

Still, I don’t know what I thinking when I came up with the idea. I was making a six-figure salary, but I decided to quit my job and make a panty with a hole.

How did you stay organized to launch a Ruby Love while working a 9-5?

Well, I quit. My husband wanted to kill me. I quit two weeks later, after coming up with the idea.

Since I started my career at an early age, I’ve always saved my money. I had two years of money saved up, so it wasn’t like a big risk. It was a risk because I was leaving behind my six-figure salary, but it wasn’t a risk like I was going to lose my house or cars. Also, I’ve always been an entrepreneur, so I always thought like an entrepreneur. I always knew that I was good at my 9-5 so I knew I could always go back as a Controller.

After you decided to build Ruby Love, what strategic steps did you take to get your product launched? What did those early days look like? Did you have a team?

When I first launched, I did a lot of research. I probably called on Google like 50 times a day. I read every blog, and I looked at every single person’s website.

I knew I needed to go and meet someone in the garment industry so I started walking around, running up in people’s offices with a picture of my idea. I finally got a sample, and I just went from one step to the other.

When something wasn’t right, I would find another person to do it. I just researched, and I wasn’t afraid to like walk-in somewhere and be like, can you make this for me? Or this is not right or explaining to them what I wanted.

I’m not afraid of hearing no. Sometimes I got no, but the majority of the time I got a yes because I asked.

I want to touch on research because a lot of entrepreneurs want to start businesses but don’t know where exactly to start. How did you research when you came up with the idea of Ruby Love?

My first Google search was on manufacturing underwear in New York City. For days, I made calls. Some had an answering machine, some called me back, but regardless I told myself, ‘I’m going to get somebody on the phone.’ It was hard, but I kept trying. Then when I couldn’t get anyone to answer me or call back, I would find their address, and I got on the train and just went to them.

I saw that you made $300K in your first year! How did you attract customers in those early days? What marketing tactics did you rely on that resulted in the most growth?

I grew the majority of my business very organically.

First, I researched how to get people to your website. I read everything that I could, and I looked at companies for inspiration. I would spend hours just reading Google all the time.

During my research, I found that my particular customer wanted to be educated so I started writing on my website. I would also hire writers from Fiverr to write blog posts for me after I gave them the topic. If you go back on our website, all the way back to around 2016-2017, which was called Panty Prop at the time, you’ll see all blog posts that were written.

Next, I didn’t want to spend a lot of money on advertising, so I used to pay around $5 a day on Google AdWords, and that helped people find my company.

What have you found to be the most challenging, and how did you overcome it?

I didn’t think of anything really like a challenge. But I would say I had to work hard to get the product right and to keep up with the demand for my product once I got it. So, if I did call anything a challenge, it would be keeping up with inventory in those early days.

How did you keep up craziness from the product demands?

I used to be in my car literally all day. I would work from my car, pulling over, answering live chats with customers, all while I was on the way to a couple of factories to pick up items to ship out. I will go from Long Island to Brooklyn, the city, to the Bronx, back to Long Island every day for at least about four months, and at the same time still answering emails and answering the live chats and answering phone calls.

I read in a Forbes interview that originally, you didn’t plan on raising VC money until you met The Craftory because you wanted to remain in full control of your company’s future. What do you think early-stage startups should consider before seriously trying to raise venture capital?

Before you try to raise, know who your audience is, and really dive in on what the mission of your company is. I think that’s important. Even just for VCs. I think a lot of people try to raise money before they even have a product that people want. In the early days of my company, I was focused on my product. I think if I was more focused on raising funds in the beginning, I wouldn’t be as far as I am now.

Raising money takes so much of your time, and it also damages your ego when you hear no’s. Too many founders are reading all these like flashy stories about entrepreneurs that’s raised money, and they don’t realize the real journey and struggle.

So, you’ve raised $15 million dollars for your company, which is an incredible accomplishment. What other successes are you most proud of?

We are offering a product that people are demanding. This is the biggest achievement altogether.

Lastly, is there a quote that keeps you motivated?

Stay true to yourself.

I never do anything that puts myself out of my boundaries. I’ve realized that sometimes it’s okay to say no if saying yes isn’t being true to myself. 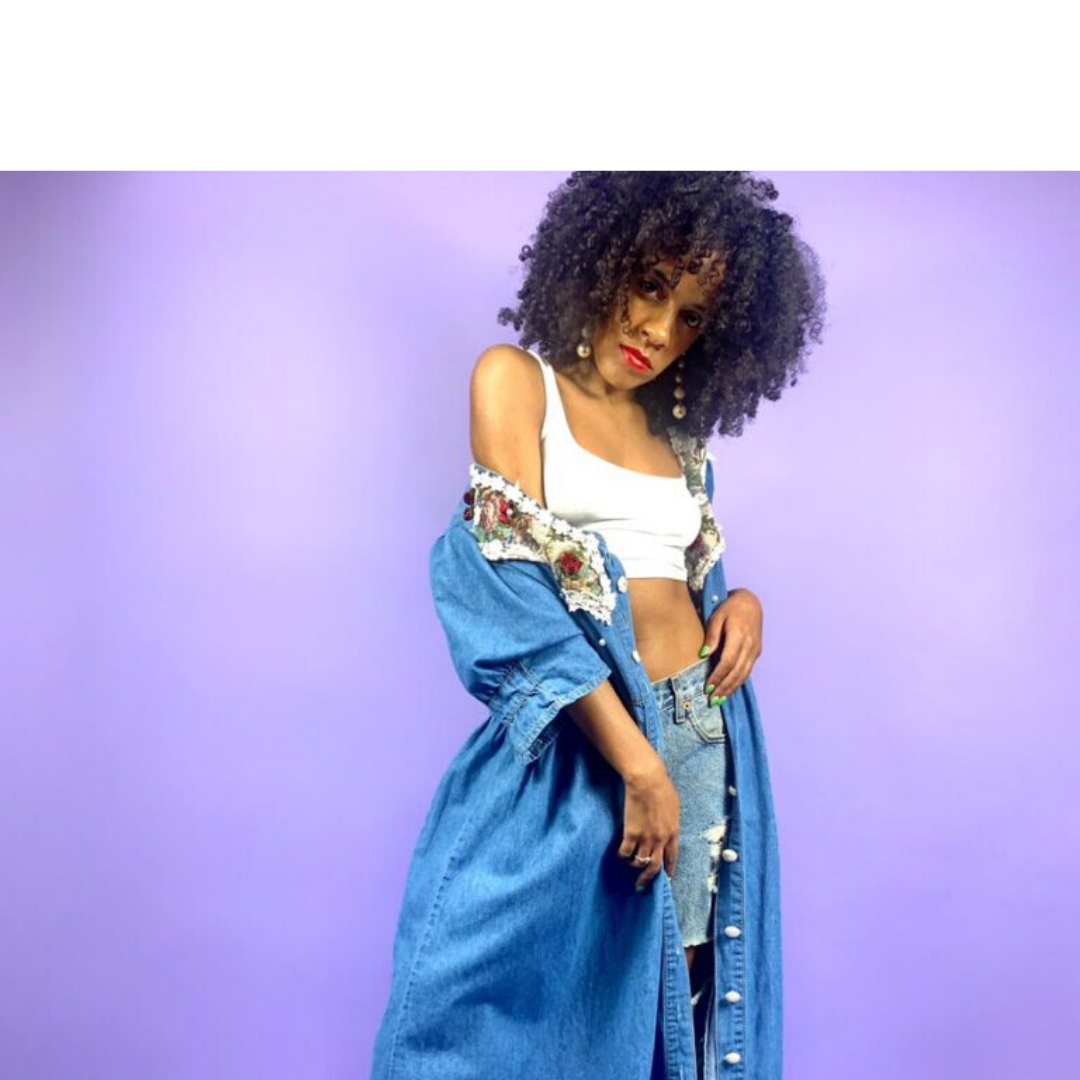 Often times, it’s our surroundings, network of friends, hobbies, and our upbringing that influence our career decisions. For Yannique Joseph, one might say that her entrepreneurial spirit was instilled 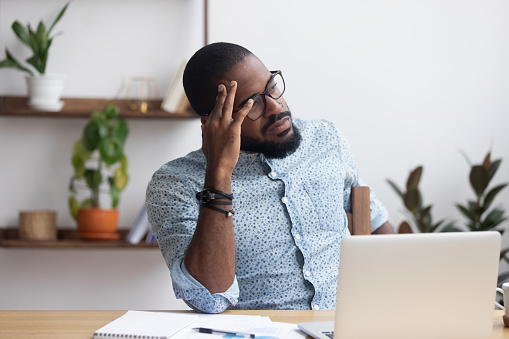 Any entrepreneur can tell you all about rejection. It can be really hard to deal with and it’s even harder not to take it personally. Society has taught us