Over the past 15 years, Y Combinator (YC), a startup accelerator, has funded over 2,000 startups including Airbnb, Squire, Stripe, Reddit, Coinbase, Doordash, and Instacart. Michael Seibel, who is the CEO and a partner at Y Combinator, joined Y Combinator in 2014 as its first Black partner. Before Y Combinator, Seibel had already launched and sold successful startups.

Recently at a conference, Michael Seibel answered questions about applying to accelerators, what investors look for, and tips for founders.

Keep reading to get the tips!

1) As a founder, how do I determine whether I should be looking for funding?

First, start by knowing that there's a bit of a problem in America and in the startup funding community, in how it markets and talks about itself. So in America, the availability of small business funding is almost nonexistent. It used to be that you can go to a local bank and get a loan to start a small business, but now that's less and less possible. At the same time, the amount of marketing around venture capital, VCs, seed funds, and so forth has exploded. Because of this, I think that it is really created a very false narrative about raising money.

What I would say is that the people who you're raising money from, want to believe that one day you can have a 10, or a hundred billion-dollar company. The truth is, most people are not building 10 to 100 billion dollar companies. But, if that's your ambition, these people writing the checks want to talk to you. If that's not your ambition, these industries might talk to you, but it's extremely rare that they're going to write a check. Because of that, I think that's the first kind of honest thing that you need to know is. Depending on what outcome you're aiming for, either the startup tech ecosystem is going to be a great place to find the money to build your idea, or it's gonna be a horrible place to find the money.

The second most important thing that I'll say is that most of this startup and funding investment ecosystem believes that software is what provides a startup with a competitive advantage. If software isn't a core part of your pitch, it's going to be a lot harder to raise money.

Ultimately, I think those are the two things you should be keeping in mind. Remember, ask yourself:

1) Can you conceivably become a $10 billion company?

2) How will you use software to do something more efficiently, faster, and beat your competitors while doing it?

2) When it comes to YC, what’s the criteria for a strong candidate?

Here are the things that we look for when reading a YC application, and to be honest, they're fairly simple.

First, we look for how you describe your company. The first question that we ask is, what does your company do? What we're looking for is how do you answer the question, ‘what do you do’?

After that, we look to see if you have the ability to build the software on your founding team. Are you technical, do you already have a technical co-founder? Also, we want to know, how long have the co-founders known each other? We like teams who have some pre-existing relationship before they start their company, whether that's a personal or business.

Another question that we ask is, “Why are you the right person to build this startup?” Usually, the founders we'd like to fund are the ones who have some personal experience with the problem, which either causes them to be experts in the problem or causes them to be extremely passionate about solving it. One of the things we're trying to figure out is, not only does this problem exist, but are you going to put in all the time, effort, and years it's going to take to actually solve the problem.

3) When you’re evaluating startups, what are your thoughts on startups that are pre-revenue?

Speed to launch is a big one. How quickly did it take you from coming up with the idea to launching the product?

Speed to building the team is another. Also, do you have a demo? Is the demo good? Do you have a beta? What about a beta kit?

I think the thing about startups, especially in the startup software game, is that it's less about telling and more about showing. It's so much cheaper to build software nowadays. More often than not, your deck and your kind of ideas are discounted, and what you've actually built is what gives you an advantage. So even if you have the simplest MVP, which is the least complicated thing, just seeing the evidence that you've got a product live out there in the world is a plus. To me, the evidence that you've been talking to customers about it is very valuable.

4) As an investor, what kind of behavior do you not like to see in founders?

There exists a category of founders that we call all at YC called “Scene-sters”. These are people who have all the skills to do a start-up but are more interested in being part of the startup scene, having the right friends, being invited to cool panels, and being in the press. They're more interested in those types, instead of doing the hard work of building a company over a long number of years. I think as there's been more attention placed in the startup world, more and more of these Scene-stirs are kind of flocking in. And you know what, I don't blame them.

From the outside, this is a very attractive world. But I'll tell you from the inside, working on a startup, this is so hard, it takes so long, and it comes with so much personal sacrifice. And unfortunately, the expected outcome is so bad in most cases, that you have to be extraordinarily passionate, extraordinarily motivated to be successful here.

Another thing, I like using sports metaphors for startups, because I think too many people use professional metaphors. When companies join YC, we tell a batch of companies that three to five of them will actually end up succeeding. If you think about it, that's a really, really high failure rate. If you got into law school, business school, or medical school, and they told you that only less than 5% would graduate, you would probably want to get your money back.

In sports, if you're looking at a great high school basketball team, the chances that any of those players will play in the NBA is small, the chances that they're on the NBA all-star team is smaller, and the chance that they're a Hall of Famer is even smaller. You truly have to be extraordinarily good to make it. I think that's something that you all should keep in mind. It's a very, very high bar, and the death of startups is not talked about. You can read in the press about companies raising money every day. But you only read about companies dying if they’re somehow famous or there's some scandal.

5) What are the best practices for preparing a strong accelerator application?

Well, first thing, completing an accelerator application is a valuable exercise, regardless of whether you’re interviewed or rejected. It's almost like a template for how you should think about your business.

When prepping an application, the hidden piece of advice that I would tell you is to consider the reader. I think all too often founders have this wrong mental model where they basically assume they are the star of the universe. Whenever they're talking to someone or communicating, they have that person's undivided attention. On the flip side, when you're an investor or sponsor, you see pitches all the time. Before you know it, one pitch starts molding into the other pitch, and it's very hard to stay focused. When you're writing your application, think about the application reader. Assume that they read 25 applications before yours, and they will reach 25 applications afterward.

So what does that train you to do?

It trains you to use clear language. Don't use fancy jargon. Don't use words that I'm going to have to look up online.

Doing this will train you to be concise. Also, don't answer a question in six paragraphs when you can answer it in one.

The last tip that I have for this, communicate with pictures.

What do I mean by that?

I could describe Google as a product that lets you explore all the information that's available online. Or I can describe Google as a website, where if you type in a description, you'll get a list of websites ordered by what Google thinks is the most relevant to your question. Now, that second description seems verbose, it seems maybe a little too elementary. But what it does is it takes me through a user journey, and I understand exactly what you mean. I understand exactly what the product does.

It’s easier to sell somebody when they know exactly what your product does. Too often, founders overspend time on the sale and underspend time on just a clear description of what the product is.

6) What do you want founders to include in a pitch deck?

The largest problem that I see founders have with pitch decks is they try to build them from first principles. The pitch deck has this agreed-upon format, that, in many ways, investors defined, you don't define. So let me try to explain the pitch deck a little differently to you. From an investor's perspective, they have to be able to analyze a bunch of different companies fairly quickly. In order to do that, what they want is a standardized format to receive those companies’ pitches.

The first test that an investor often asks, or often thinks in their head is, are you using the standard format? If you're not, it kind of shows that you're not learning enough about this process, to make it easy for the industry to invest.

So what would I do?

Find a trusted source, an investor source, for your pitch deck. Look up how they advise you to pitch your company in a deck and follow it.

7) What final advice do you have for new founders? 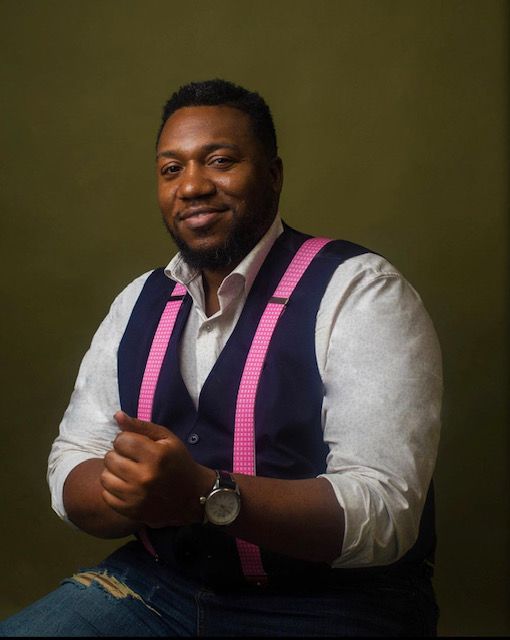 Are you building your media company, but are struggling with getting visitors to your site, and can’t seem to connect with your target audience? If so, you may be

Digital experiences have become the new normal as the world is being impacted by COVID-19. From some of the littiest and entertaining Verzuz battles like Teddy Riley vs Babyface, and