Within the past 30 days, we've seen a Black man get murdered while jogging (Ahmaud Arbery), a Black woman killed while sleeping (Breonna Taylor), and a Black man lynched (George Floyd).

If you haven't guessed it yet, your Black employee isn't okay.

In response to the blatant racism and injustice going on right now, there have been several non-Black people who have been with us at the protests and have shared resources on social media.

There have also been several companies who have expressed their support and concern with a blog post, tweet, or note on the 'gram.

While I appreciate the gesture from these allies and companies, I have to be honest.

I am not impressed by these press releases. I'm not here for the rushed statement that your PR manager recommended you send out because of damage control.

For too long, you have been silent.

When you have spoken up on behalf of the racial injustice that the Black community experiences every day, that same energy isn't reciprocated in the people you employ, the leaders you promote on your executive team, the causes and charities you give back to, the businesses you invest in, the products you create, and the representation on your boards (I can keep this list going but we would be here forever).

Often, when terrible acts of injustice occur, it isn't until AFTER the news of it is repeatedly shared in the media, that we finally see a "response in solidarity" post. But sure enough, the weeks and the months pass on and that's all that happens.

It's then just "business as usual."

In order for true change to occur within this world, companies, you have to do more. You have to be more consistent. You have to keep that same big energy going even when news of Black lynchings and police brutality isn't loud in the media. You have to start making real changes within your organization. You have to work hard at making your companies as inclusive as your "post in solidarity" messages are.

Do more, be more. 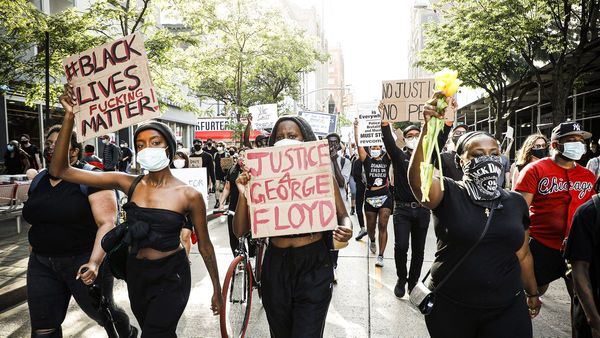 Being Black in the workplace is already stressful, but during this time of inequality and racial injustice, shit has gotten worse. No matter where you're located, you've been impacted by