While many holidays mark a day of celebration or respectful remembrance, some holidays exist to bring awareness to the inequalities in our society, and the ever present need for change.

In the U.S., Equal Pay Day, which fell on March 31 this year, is a day that highlights the gender pay gap by symbolizing how far into the year the average woman must work to earn the same as the average man in the previous year. Taking it a step further, Black Women’s Equal Pay Day on August 13 marks this same phenomenon, applying it specifically to Black women.

The good news? We are making progress. According to the American Association of University Women, women working full time in the US make 82 percent of what non-Hispanic white men do, up from about 60 percent in 1970.

However, for Black women that number falls to 61 percent. Many societal factors contribute to this gap, ranging from institutionalized racism to sexism and the overall lack of access to educational opportunities that can hinder the career advancement of Black girls and women.

Still, much more legwork is needed to completely eliminate the gender pay gap for Black women. This is not something we can do entirely alone, and employers must stand in solidarity to aid in the fight against unequal pay.

We hear about diversity initiatives and see the social media posts supporting social justice. Now it’s time for companies to put their money where their mouth is with these tips:

Involve more Black and women employees in the hiring process

Complex problems sometimes have simple solutions. To combat the issue of unequal pay for Black women during the hiring process, involving more Black women in the decision making is a solid place to start.

According to the Society for Human Resource Management (SHRM), the idea of "culture fit" keeps a workplace harmonious when team members share values hat are congruent with an organization. However, culture fit can be used as a discriminatory practice when it hinders individuals from being hired for positions they're qualified for, and from being able to negotiate the salaries they deserve.

When homogeneous teams hire based on culture fit, they can fall victim to the "similar-to-me" bias which is defined by Business Dictionary as a "more than fair rating given to an applicant or employee due to his or her personal or professional similarity to the interviewer or evaluator. Also called similarity error."

When Black women are excluded from the hiring process, they are at risk of being viewed as the “other” due to unconscious (or overt) bias from hiring managers, recruiters, or department heads.

Focus not only on fair hiring practices, but also on closing existing pay gaps

Companies must conduct audits to uncover unfair compensation practices in house, and be prepared to make significant financial investments to rectify these gaps among existing staff, not just new hires. This includes promoting qualified Black, women staff members, offering raises to close pay gaps, and doing away with antiquated pay scales relying heavily on subjective assessments as justification for compensation and promotion.

According to Harvard Business Review, women are just as likely as men to request raises, however they are less likely to get them.

On the other hand, multiple studies such as Randstand’s staffing report claim that a majority of women have never negotiated their pay. Reasons for this include lack of transparency from companies about pay, confusion about the qualifications for higher pay, and general discomfort about negotiation. However, in both situations we see the same outcome: women not landing salaries as high as their male counterparts.

A transparent compensation structure will help Black women feel confident initiating negotiations, and will make it more difficult for leadership to unfairly deny the salary requests of employees who are more than deserving.

Pay inequality can follow an individual throughout their career. Asking for a candidate’s salary history creates a cycle of unequal pay if the candidate was paid an unfairly low salary at their previous job. It is even banned in some states.

Instead of asking for a candidate’s previous salary, companies should simply pay new hires a starting salary in line with the compensation structure used for their employees. While working as a hiring manager, I experienced how an ambiguous salary structure left employees feeling burned. It created a headache to clean up and fixing the issue cost more money in the long run. When we made staff salaries clear and eliminated confusion, our retention increased, along with employee satisfaction. Pay transparency encourages fair compensation by combating the deeply entrenched salary inequalities that follow women and minorities throughout their careers.

This issue runs deep. Regardless of the progressive gender roles our society embraces, women still face the “motherhood penalty”.

Women bear much of the burden of caring for young children and compared to men they are more likely to have lengthy employment gaps due to child-rearing. This impacts how companies perceive women employees, as employment gaps are generally seen as undesirable.

Equally insidious, yet hard to pin down definitively, is discrimination against pregnant women during the job hunt. In spite of laws outlawing discrimination against pregnant women, some recruiters suggest women not disclose early pregnancies, or even the intention to settle down, during a job hunt. As a recruiter and someone who has interviewed for jobs with so-called progressive big tech companies while visibly pregnant, I can attest to this first hand.

A 2019 New York Times (NYT) article sums this up succinctly with:

“Many of the country’s largest and most prestigious companies still systematically sideline pregnant women. They pass them over for promotions and raises. They fire them when they complain. Pregnant women and mothers are often perceived as less committed, steered away from prestigious assignments, excluded from client meetings and slighted at bonus season."

There is a widespread misconception that parental leave is a women’s issue. Maternity leave takes a woman out of the workforce temporarily, leaving employers with the dilemma of covering the new mother’s work for multiple weeks while fronting the cost of paid leave. In some cases, employers are also covering the salary of the new mother’s temporary replacement. Women who go on maternity leave are consequently viewed as a liability the company must strategize around, regardless of the value she brings to the team.

Compare this to how new fathers fare in the workplace.

“Each child chops 4 percent off a woman’s hourly wages, according to a 2014 analysis by a sociologist at the University of Massachusetts, Amherst. Men’s earnings increase by 6 percent when they become fathers, after controlling for experience, education, marital status and hours worked,” writes the NYT.

This underscores another major issue.

The US has no federal paid family leave, and state laws vary widely. Among companies, about 40 percent of U.S. employers offer maternity leave, yet only 9 percent offer paternity leave.

Regarding paternity leave, National Partnership for Women and Families writes “taking time away from work for family care giving can bring harassment, discrimination or mistreatment that result in fathers being less likely to take the leave that is available to them. It is also a disincentive to take leave if doing so negatively affects their careers and their families’ economic opportunities due to lower pay or being passed over for promotions.” This sounds awfully similar to what new mothers face on a regular basis.

Companies that offer paternity leave and encourage male employees to use it can help change the way companies view women by promoting equal share in parental obligations. Consequently, this can alter the stigma that women are less valuable in the workforce due to child-rearing responsibilities.

If there’s one thing Black employees must contend with in the workforce, it’s feelings of isolation, particularly in environments where we are underrepresented. This is also the case for women as we climb the corporate ladder and find ourselves surrounded by predominantly male colleagues.

Black women often face both of these issues simultaneously with 58 percent of Black women feeling highly on guard in the workplace according to Catalyst’s study. The microaggressions that come with under-representation can silence even the most ambitious Black women who fear being negatively perceived when advocating for themselves. It is important for employers to connect Black women with mentors who can provide guidance through the process of negotiating raises, landing job offers, and finding our voice at work. Companies can encourage this by setting up mentorship programs and networking events for Black women to connect with each other.

For companies that don’t have these programs in place, partnering with organizations such as GreenwoodX is a great way to help their employees find a safe space to discuss concerns about fair compensation.

Typically, audits on pay equity are conducted by upper management and leaders in HR, with HR taking the reins when it's time to implement the necessary changes. Per the Center for American Progress' 2018 findings, women account for about seven percent of top execs at Fortune 100 companies, and 10 percent of top managers at S&P 1500 companies.

As elaborated on by Talent Innovations Being Black in Corporate America report, Black people account for three percent of executive positions a U.S. companies. This top-down approach means company-wide policies aimed at combating unequal pay for minorities and women are overwhelmingly crafted by non-Black, male executives.

However, there is hope here!

In a 2018 study by Deloitte and Datawheel, women account for nearly 60 percent of HR management positions (other studies put this number closer to 75 percent in 2019), although Black HR managers account for about 9 percent of all HR management positions. So, while policies trickle down from relatively homogeneous C-Suites, the HR leaders enacting proposed solutions are significantly more likely to be Black, women, or both. By hiring more Black and female HR personnel and C-Suite executives, companies can ensure that the policymakers and policy-implementers have a personal investment in eliminating the pay gap for Black women.

With less talk and more action on the part of companies, we can successfully continue the fight for equal pay.

The road ahead is long, but at the end of the day, Black women are more than worth the effort.

As we know, change is gradual and won't happen overnight. However, which tip do you think is the best to start with? Leave a comment and let us know! 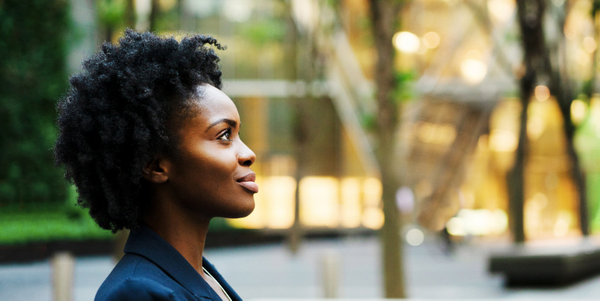 Sis, listen up! Gif credit: GiphyWhen it comes to pay equity, we must learn to embrace the "for us, by us" mindset. And there are a number of ways to 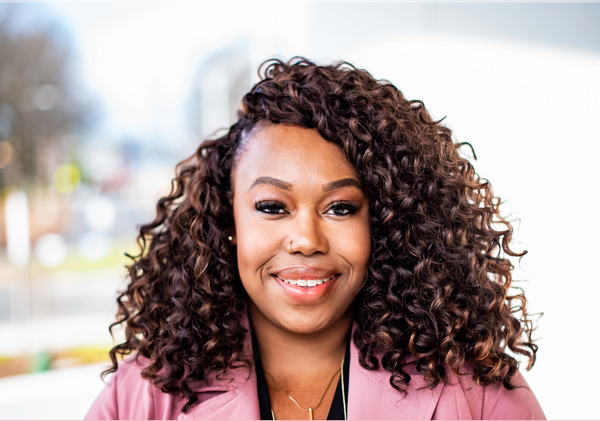 Black women bring so much to the table. We are just as ambitious, competitive and smart as everyone else. And yet, because of our position in society, we face unique