Last night’s episode gave us a trip to Mexico for the vacation we all wish we could take. We saw Andrew and Molly on their first baecation together, which doubled as a family trip. It’s the first time Molly met someone from Andrew’s family—his brother Victor and his wife, Leah.

Molly needs this sunny trip with Bae; tensions are high at work, and her relationship with Issa is on the fritz. What we didn’t expect during this tropical vacay, was a well-known workplace conversation about race.

Picture this. It’s 89 degrees, and the sun is shining with no clouds in sight. You have on your favorite pool ensemble and ready to unwind. Then it happens, you encounter Pamela, the towel lady. You witnessed her give towels to two hotel guests without checking their room key, but she asks for yours. It’s the same scenario that plays out in the workplace, minus the bathing suits, towels, and room key.

Microaggressions breed in the workplace. They come in all shapes, sizes, and colors. Let’s define the term before we move forward.

In 1970, a Harvard University professor coined the term microaggression to label the insults and dismissals he regularly witnessed from non-blacks towards Black/African Americans. Psychologist D.W. Sue later defines this as brief everyday exchanges, whether intentional or unintentional, that communicate hostile, derogatory, or negative messages towards individuals based on their identity.

When Pamela didn’t ask the two white hotel guests for their room key but asked for Molly’s right afterward, the paper cutting began. Remember the saying “death by a thousand paper-cuts”? That is the impact of a microaggression. Eventually, those small cuts are going to form a larger wound.

Molly didn’t expect the conversation to spill over into the pool. She could have assumed since she was on vacation with other visible minorities, they would understand. Instead, she got into another battle—more paper cuts.

The room key encounter is build-up. It’s like having someone at work give a backhanded comment while you are in the break room pouring a cup of coffee, minding your own business. Then you walk into the weekly staff meeting, and you hear someone ask you if you know the artist is playing on the radio, it happens to be a hip-hop song. It’s a one-two punch you don’t expect, but you expect it.

How do you handle this?

It’s incredibly hard. Microaggressions boil down to intent versus impact—and the impact will always win.

When the conversation left the towel stand and entered the pool, Molly was already at her tipping point. It was only a matter of time before someone, Victor, caused her to overflow. Playing devil’s advocate on a topic that should never warrant a healthy debate is where Victor misstepped. Certain topics are off-limits, in or out of the workplace.

If Victor had listened to how that confrontation at the towel stand impacted Molly, versus trying to explain Pamela’s actions, the pool conversation would have gone right instead of left.

But what happens when you join in on the microaggression games?

It happens. Molly did it, twice. During their heated debate, Andrew began speaking in Chinese to calm his brother down; Molly took it as they were leaving her out of her conversation.

“I’m still here, can we speak English” is what Molly said. Ouch!

And later, Molly says, “Y’all only identify with people of color when it benefits you.” *inserts cringe emoji face*

Neither statement helps the situation. While Leah and Andrew are trying to be sensitive during this temperature rising conversation, Molly begins to drag their identity into the discussion. And when she does, it can be considered a racist comment or gesture.

Tit for tat is no method for solving any problems. Jabbing one another during a time when both parties need to listen is a recipe for disaster.

Think about the last time someone offended you. What was your response? Did you immediately react? How did you react? Did you say something you didn’t mean in the heat of the moment? If so, that doesn’t excuse your behavior, or theirs.

What Molly was seeking was validation that her feelings were real—that they mattered. Throughout the entire conversation, Molly was explaining herself, her blackness. And she was tired. The paper cuts began to cut deeper than usual. While on a beautiful vacation with her man, she is arguing with his brother about a topic she deals with all the time.

Vacations are a time to relax and get away from the drama of everyday life. But for some, especially underrepresented minorities, everyday life follows you wherever you go.

But we have to give good ole Andy, aka Andrew, a little praise. His self-awareness finally kicked-in. When Molly abruptly left the pool, he gave her space and time to cool down. He even confronted Victor the next morning.

Wouldn’t it be wonderful if you came to work the next day after a heated discussion that turned ugly, and your boss already talked to the person who threw excess salt in the wound? For them to handle the situation without having to involve you.

The last thing you want to do is explain feelings when you are on the other end of a microaggression. We want someone else to recognize what was said or seen. To understand it was inappropriate and take action.

We’ve all been in Molly’s shoes before, on the other end of a microaggression. Whether at the office or out on a Friday night with friends, they are not going away.

What's important is to understand that intent is not relevant in determining whether a statement or behavior is  not welcomed by another. All that matters is the impact of the behavior on the offended individual. 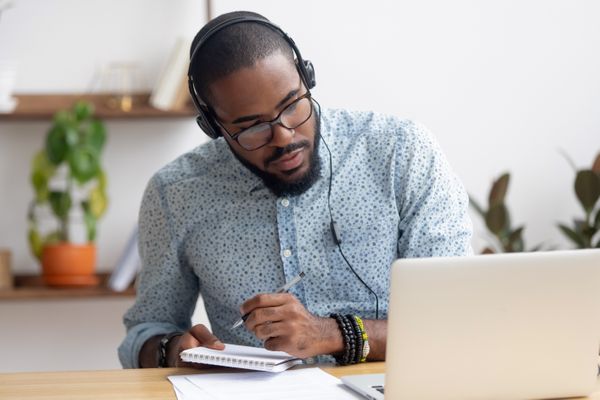 Right now, we are #alonetogether in a pandemic. One way or the other, we still need to provide for ourselves and stay healthy. And that means, we have to learn 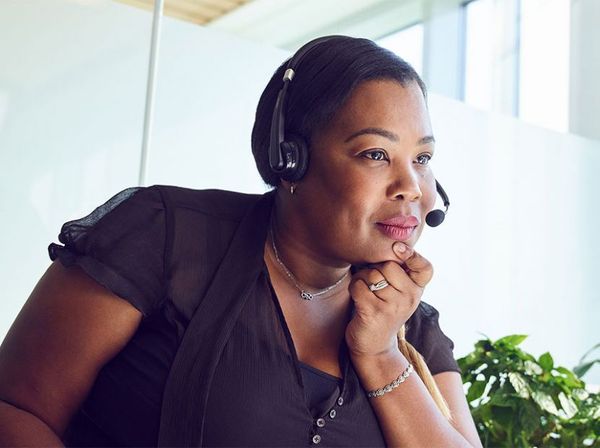 Creating impact at a company the size of Apple can feel daunting, so when we heard about Cristina's role as a senior developer partner relations advisor, we were flooded with