This article by Jacqueline McElhone originally appeared on Career Contessa. It is republished with permission.

Omoju Miller isn’t in her dream career. And that’s because she didn’t think about what she would be when she grew up. But she found her way into data science through her cognitive science-focused education, and her “data-centric” view of the world. As a naturally curious person, Miller was fascinated by people and their relationships with their environments—so data science stuck.

Now, over ten years into her career, Miller is a tech veteran—one whose experience ranges from companies like Google and GitHub to working with the Obama Administration’s White House Presidential Innovation Fellows.

As far as Miller’s dream, present day—she wants to completely change the field of software engineering, and the perception of the industry. Her vision? “It would be the most creative, welcoming and inclusive community of people building tools for each other.” Here’s Miller:

I didn’t have any dreams. I was a teenager without agency. I didn’t think I would be able to do things. I grew up in an extremely patriarchal environment where the lives of women were often prescribed by the men in their lives, therefore, there was no point to dreaming. There is zero overlap between where I am and where I thought I would be when I was 16 years old.

I was very lucky, my first job was at a startup that I got because my professor recommended me. I worked as a software engineer but didn’t get to really do enough software engineering, instead I found myself doing quality assurance. The world of tech was so new to me, that then I had no agency. I didn’t know exactly what I wanted to do in it, I just wanted to be part of it. When the company went bust, I learned that it was important to have your own ideas and what you wanted to accomplish in this world and then to seek a company that aligned with those goals.

My first “real” DS role was through an internship at another defunct company, University Now, it was an internship for an online learning education company with a lot of data they weren’t doing much with. I formed a team and built a learning analytics dashboard for the company. The next was through doing my own doctoral research at Berkeley, collecting learning data and analyzing it to understand factors that affect students engagement and belonging.

On Wanting to Work at GitHub

I landed at GitHub because I sought them out. I knew they were the company that had the dataset that I wanted to work on and learn from, so I reached out to the head of data and [asked] how to be helpful without being an employee. If I could help, I did. Eventually, the stars aligned and a position that fit my skill set and interest emerged and I was offered an interview opportunity, which I took. I come from the cognitive sciences with an interest with computational thinking, so it was a no-brainer, the best place for such a person was in the machine learning group of a company with the largest computational behavioral dataset.

On What Makes GitHub Unique

The first thing that makes GitHub a unique place to work is that we truly embrace the remote worker. Around two-thirds of the company works remote, meaning they don’t live in San Francisco. This forces the company to work mostly in an asynchronous fashion giving employees the flexibility to mold their work around their life.

My team is made up of nine people, two in SF, the other seven remote. We come from all works of life, we are ex-physicists, ex-nuclear engineers, ex-teachers and so forth. Some of us are parents, some of us speak multiple languages, some of us were born outside of the United States, and so on. With regards to leadership, I try my best to grow in a cross-functional capacity in addition to within my engineering org. I like the idea of having collaborators outside of engineering.

I read President Obama’s Dreams from my Father and was deeply affected by it. I also read Deval Patrick’s book, A Reason to Believe. These two books made me realize that civil service is a joint effort between the citizen and the institution. In my mind, I made a decision that if the opportunity ever presented itself, I would serve.

A few years later, the opportunity did present itself. I got an email from Todd Park, the then CTO of the United States under Obama to attend a Round Table of a new initiative, the Presidential Innovation Fellowship. I was flabbergasted. I couldn’t believe it! I immediately said yes, and I attended. Through that roundtable, I got more involved and eventually ended up as a volunteer advisor. That administration was truly special in the way they reached out to different communities seeking their input into government.

[Made With Code] came out of the marketing arm [at Google] and they solicited my help as partner and advisor. MWC is a social media campaign geared towards young women and exposing the creativity that is inherent in coding. One of the issues that we were all interested in is broadening participation in computing.

Based on my research, I knew one of the major obstacles toward broadening participation was the perception of the field as boring. The social impact marketing team also came upon the same conclusion and decided that a campaign celebrating creativity in coding could help reverse that perception, so they founded MWC. I don’t even think of this as activism. I think of seeing a problem and solving it.

On Being a Woman of Color in the Tech Industry

I am sure I must have experienced moments of discrimination in the last 20 years, but it is not something that I pay attention to at all. I assume it will be the case, but I don’t go looking for it. If it happens, it happens, I move on. I have grown ridiculously think skin, and also I come to work to solve problems. It is going to take a lot to get me off track, I have a dogged determination that I can meet any challenge.

I am sure people might have tried to marginalize me at work, but it is something that I don’t even let fester. If I see it, if I recognize it, I deal with it and move on. If it is a situation that won’t give, then I remove myself from the organization and move on. I believe more in a show and solve problems. If you are able to sublimate your ego, you will get a lot done. I don’t work because it’s what’s next in my life plan. Being an applied scientist is a vocation, it isn’t a job. I am doing this because there are certain problems I want to see solved in the world.

On Her Advice to Women of Color in the Workplace

My advice is if you are in an environment where you feel marginalized, leave. Don’t try to change it. Go and look for a place that sees you and lets you be you. Life is too short. Further, don’t assume every workplace where you are a minority will be hostile. Seek people of good will and build a broad coalition along mutual goals. If you are able to do that, you will be fine.

On Sending the Ladder Back Down

For those of us with any kind of power, we need to leverage that privilege to onboard those without. That means mentoring when given the chance, going out of one’s way to support another woman, even if it means financially or in-kind donation. Showing up and advocating for each other.

At any point in time, we should have a posse of people we support. And I mean a kind of support like reading resumes, making intros, giving life coaching and so on. Calling to check up on people. Inviting them over to brunch, building community in the true sense of the word.

What is next is building up GitHub ML. I think of our work as a positive impact project. Whenever we build something, we try our best to open source it and share best practices. The work we do and the capabilities we are working on fulfill our desire to lower the barriers to entry into software.

I have my alarm set for 6:00 am, which means I am already awake by 5:30 am. I stay in bed till probably around 6:30 am. Then I reach for the phone and check Twitter and Instagram. I check my calendar to see what my day looks like.

The first thing I do is go to our cafe and get a cup of flat white, then I head to my desk. It is imperative that I have that morning time to do nothing or just browse social media and such. It helps settle me. I do most of my productive work post lunch.

Advice you’d give to your 13-year-old self?

What about to your 30-year-old self?

Look at the back wall, that way you can keep your nerves under control.

If you could only describe your leadership style in one word, what would it be?

Biggest work mistake you ever made?

Smartest work decision you ever made?

Believing I could do it.

This article by Jacqueline McElhone originally appeared on Career Contessa. It is republished with permission. 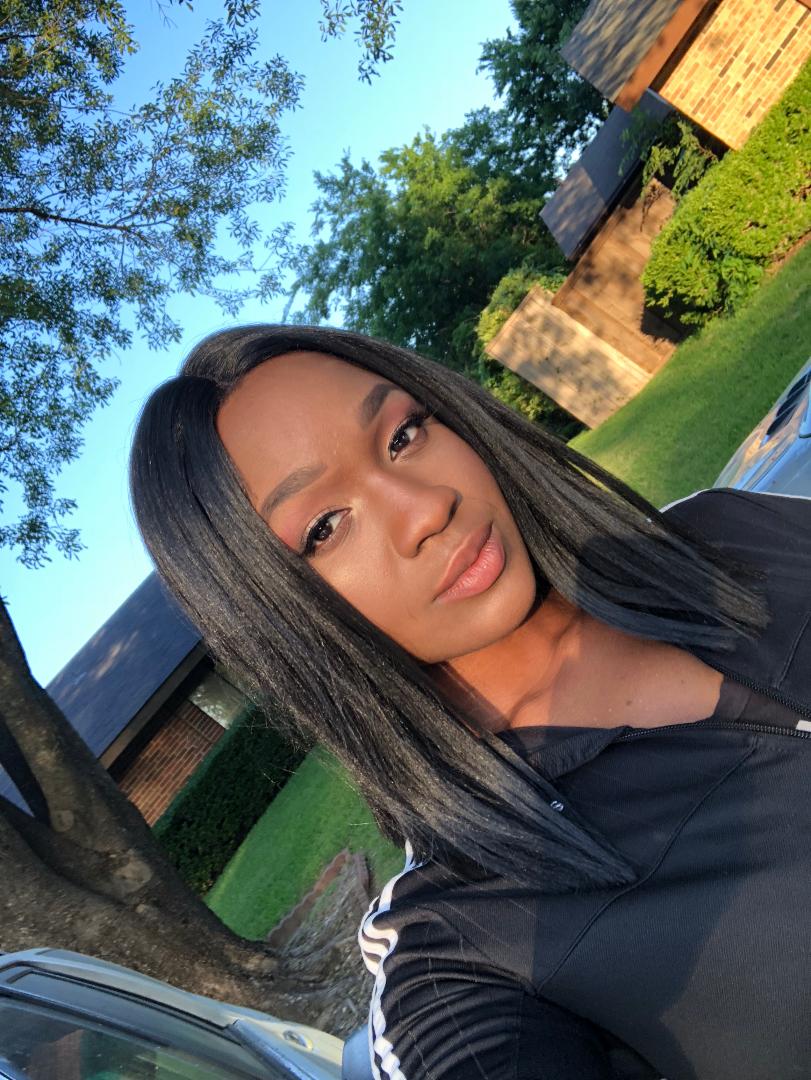 According to The Atlantic, 60% of millennials consider themselves entrepreneurs. Well, this makes sense because we are natural-born leaders, conquerors, and trailblazers. Recently, I got the chance to speak with 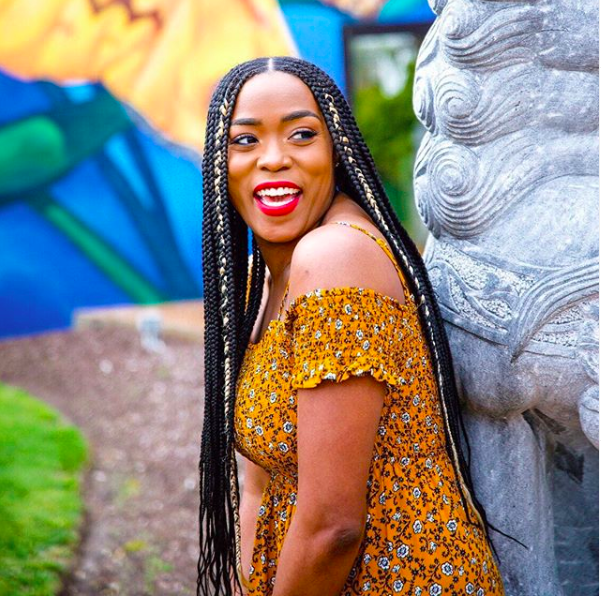